Ladies favourite Tom Jones is flying into Ireland later in the month – to bizarrely record an album of Christmas carols.

The Voice UK judge, 74, is teaming up with country sensation Rosanne Cash – the daughter of Johnny Cash – for the record.

The Welsh star – known for his track Sex Bomb – will also be joined by David Gray for the biggest Irish album being recorded this year.

They have also been brought together by Madonna’s brother-in-law Joe Henry, who is behind the production.

Recording: David Gray will be on record as well | VIPIRELAND.COM

A source told the Irish Sun: “This is probably the biggest album being made in Ireland this year. There are some huge names involved.”

It will be recorded at Grouse Lodge Studios, in Co Westmeath, which Michael Jackson previously used when staying in Ireland.

They are all singing Wexford Carols, which people believe to be the country’s best folk carols and some of the best Christmas music ever written.

While here, Tom will also be working on new material for his album after recently insisting he will never retire. 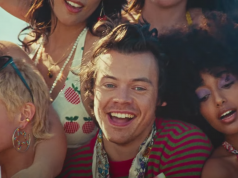