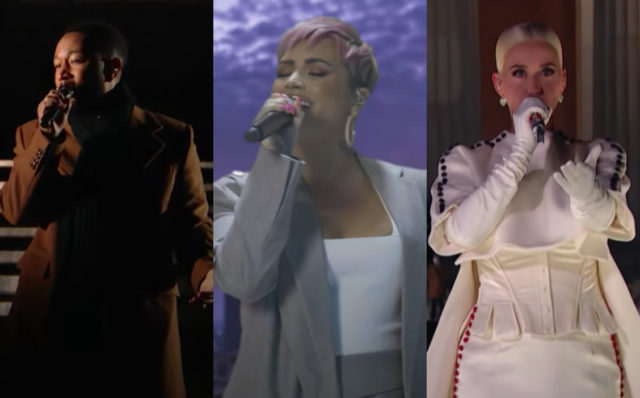 A host of famous faces performed during a 90-minute special on Wednesday night, to celebrate Joe Biden’s inauguration.

The 78-year-old was sworn in as the 46th President of the United States in Washington D.C. yesterday, alongside Kamala Harris who made history as the first female Vice-President.

At the ceremony, Lady Gaga performed the National Anthem, while Jennifer Lopez sang This Land Is Your Land.

Check out all the performances below: