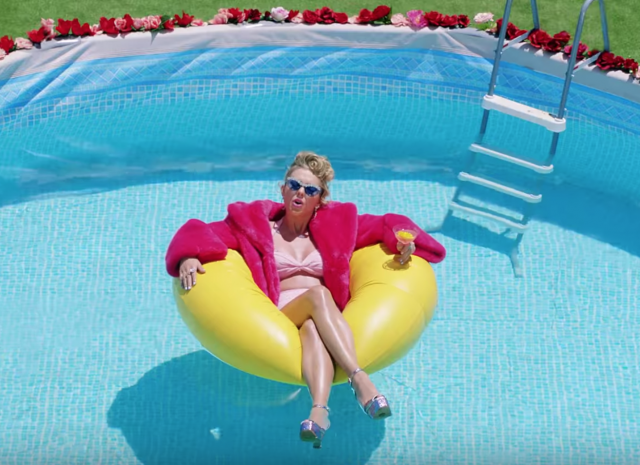 Christine And The Queens star Heloise Letissier has criticised Taylor Swift over her LGBTQ anthem ‘You Need To Calm Down’.

The song’s lyrics feature a reference to GLAAD, an LGBTQ+ media monitoring group, as well as the words, “Shade never made anybody less gay.”

Speaking to Cosmopolitan, the singer said she wasn’t impressed by the song’s music video – which featured a host of well-known faces from the LGBTQ+ community.

When asked about the controversy surrounding the song, Chris said: “I’m conflicted.”

“I guess somewhere, young gay men might watch that Taylor Swift video and feel a sense of relief. Five years on [since Chris entered the music industry] and you can tell that being queer has been glossed out as this super-fancy accessory,” she continued.

“When I changed my name from Christine to Chris on the second album, some people said, ‘That’s a cool marketing thing you did.’ It was so painful.”

“I’ve been singing iT [a track which she’s said is about ‘wanting to have a dick in order to have an easy life’] for the past five years. It’s never been marketing for me. It’s about jumping into the unknown and saying things loudly.”