Little Mix take a pop at their old boss Simon Cowell on their new album.

The girl group are set to release their new record, Confetti, on Friday – their first album release since they quit Simon’s former label Syco in 2018.

According to Metro.co.uk, Confetti includes a track called ‘Not A Pop Song’ – which takes a swipe at their former boss.

The song includes the lyrics: “I don’t do what Simon says. Get the message cuz it’s read. That’s the life it never plays fair.”

“Said to follow any dream be a puppet on a string. Works for you but that isn’t me. This ain’t another pop song,” the girl group sing.

A source told the publication: “They think Simon will see the funny side of it – as they know he loves attention and will think it’s all playful. It’s about them growing up and becoming women in a way.”

Little Mix were signed by Syco after winning The X Factor back in 2011.

However, the band dramatically left the label in 2018, and have since signed with rival group RCA. 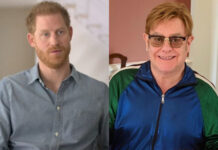