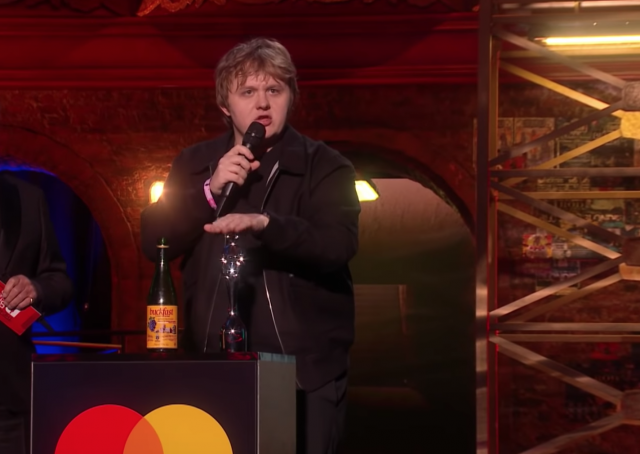 Lewis Capaldi has hit back at an online troll, after they accused him of ‘promoting an unhealthy relationship’ with alcohol.

On Tuesday night, the Scottish singer celebrated winning two BRIT Awards by drinking from a bottle of Buckfast during his acceptance speech.

While many found Lewis’ boozy speech hilarious and endearing, one person on Twitter didn’t find it particularly funny.

Sharing a photo of the 23-year-old holding a bottle of tonic wine in one hand, and his BRIT Award in the other, the Twitter user wrote: “We have an unhealthy relationship with alcohol in Scotland. This doesn’t help.”

Refusing to accept their harsh comment, Lewis replied to the online troll, and pointed out that he hasn’t had a night off work in months.

Sharing the person’s nasty tweet, he wrote: “Imagine having a drink on my first night off in moths after winning two Brit awards, can you believe it?!…” [sic]

imagine having a drink on my first night off in months after winning two Brit awards, can you believe it?! https://t.co/jsUDWEtclt