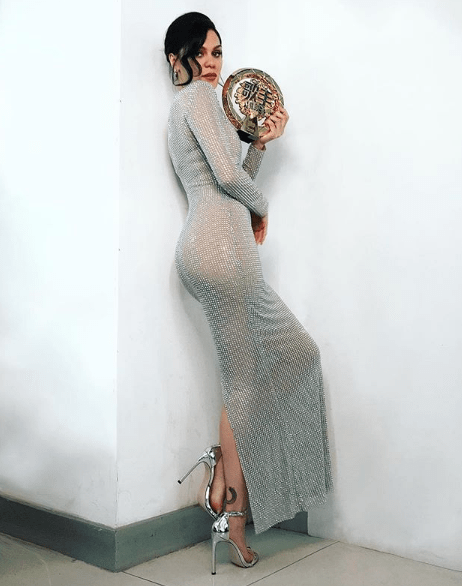 For the past three months, Jessie J has been a contestant on the Chinese show Singer, the Chinese version of The X Factor.

And over the weekend, the singer was crowned the winner of the competition.

The Price Tag singer previously appeared as a judge on the Voice UK, but decided to participate as a contestant on the Chinese show.

Taking to social media to discuss the win, the singer revealed that she, “was the first international to ever be asked/compete.”

I will always love you is the song that made me want to be a singer when I was 4 years old. I have wanted to sing this song for YEARS. Trust me, but I only ever wanted to sing it if and when I felt I had earned it and deserved it. Singing Whitney is an honour. She is the BEST to ever do it. This moment was LIVE on TV in China and just before I went on someone said “A billion people are watching tonight”. I fought back tears / jetlag / my voice legit going to sleep before I could lol and sang as BEST I could. I wanted to make the four year old me / Whitney / my Mum and Dad / my team and all my heartbeats around the world proud. I cried like a baby after the last note 🙏🏻❤ Thank you China for giving me this moment. 🇬🇧🇨🇳

The singer competed on the show every week, performing a mix of her own songs as well as covers, but it was her final performance of Whitney Houston’s I Will Always Love You that won over the audience and judges.

Performing on the show gained the 30-yea-old a HUGE new audience, as the finale of the competition was reportedly viewed by A BILLION people.

She confessed that she competed on the show because she wanted to do something new, and hoped to bridge the gap between the two cultures.

“I said yes because I LOVE to do the unexpected and I LOVE to represent the UK and singing everywhere I go. I LOVE to sing. But also it was an opportunity to bridge a gap between two cultures. For them to see a western performer and hear music some had never heard before and visa versa,” she wrote on Instagram.

Last year I was asked to compete in a singing competition in China. Performing alongside the biggest established singers / artists across Asia. I was the first international artist to ever be asked / compete. An honour alone. I know a lot of people were shocked when they found out. Like why would I compete in a singing competition… I’m probably the least competitive person I know. I said yes because I LOVE to do the unexpected and I LOVE to represent the UK and singing everywhere I go. I LOVE to sing. But also it was an opportunity to bridge a gap between two cultures. For them to see a western performer and hear music some had never heard before and visa versa. For the performances to be seen by millions outside of China and visa versa. And those people to discover the show was the best part. The respect being shown for both cultures and the love was ❤ Seeing the boundaries break down and the rules be shifted made this whole experience incredible. China is an amazing place and so different to anywhere I have ever been. I have never been made to feel more welcomed and loved as I have done here. My team and I have been in China for 3.5 months. It’s been an amazing learning experience for all of us! We worked hard! THANK YOU! I love you all! 💫 I won the show last night. But what we all won was the beginning of something really magical. I am so happy I got to play a part. Here is to me being the first but not the last international artist to be on SINGER. And for the boundaries to continue to be broken. I WILL ALWAYS LOVE YOU! I still cant believe I came 1st! 🏆 Last night a billion people watched the show | MAD ✨😭🙏🏻🌹❤

In another emotional post about her performance, she revealed, “I will always love you is the song that made me want to be a singer when I was 4 years old. 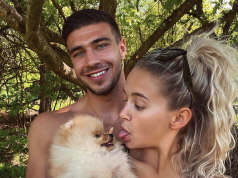