Jenny Greene and the RTE Concert Orchestra are set to release an album, Goss.ie can exclusively reveal.

“It’s highly probable we’ll be releasing an album,” he said about their next move.

Headed for the charts: Jenny and the RTE Concert Orchestra are set to release an album | VIPIRELAND.COM

Dan recalled being approached to bring an album out shortly after their stand-out gig at the Electric Picnic this summer.

“We were approached after the Electric Picnic to bring an album out,” he told Goss.ie.

Dan also admitted that there will be another concert from Jenny and the orchestra in 2017.

“Jenny’s going to go again in February,” he said after gushing about the collaboration’s great success since the festival.

However, it seems it was news to Jenny who chirped in with a laugh, “I’m finding this out now!”

One of the stand out performers from the collaboration is Gemma Sugrue, the vocalist of the group.

“She makes it seem effortless,” Jenny said about the singer’s talent.

“I’m lucky, I’m standing the closet to her and even watching her, hitting those notes, it’s not taking anything off her – it’s effortless.”

Gemma also gushed about the 2FM DJ and called her “brilliant.”

“She’s a really cool girl, really supportive and obviously she’s from 2FM and she knows everybody. She was always making sure I had gotten food or I was okay and I knew where my dressing room was.

“She was looking after me big time. She was my mammy,” the songstress added.

Jenny and the RTE Concert Orchestra performed at the sell-out 2FM Xmas and there was a very special surprise guest. 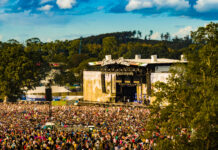 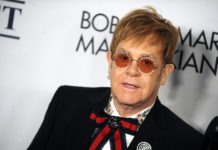 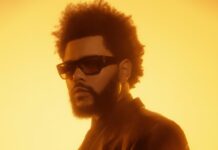