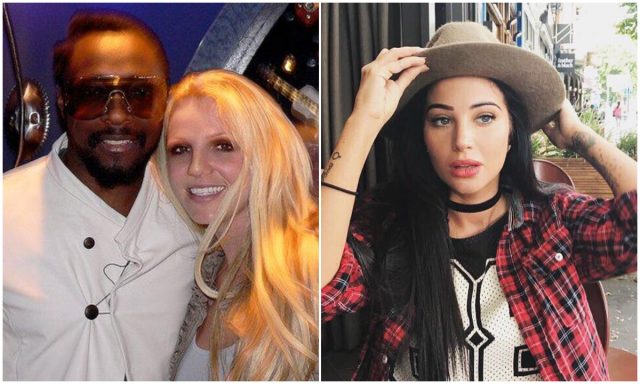 Tulisa has won a legal battle against Britney Spears and Will.i.am, after she sued them for leaving her out of the writing credits on their hit song Scream & Shout.

The former X Factor judge insisted that she co-wrote the track, which was released in November 2012.

Five years later, Tulia is set to pocket some serious cash as she’s been awarded 10 per cent of the worldwide publishing rights and income from the song, which was Britney’s first UK number one in eight years back in 2012.

Tulisa helped write the song under the title I Don’t Give A F**k, and it was supposed to feature on her debut solo album The Female Boss.

A source told MailOnline, “Tulisa was annoyed when the song was taken from her and given to Britney – especially as she co-wrote it.”

“It was set to be one of the big songs on her debut album. She didn’t let it lie, and took it all the way to the courts and has now won. She just wanted to be recognised as the writer of one of the biggest pop tracks of the last decade.”

At the time of the fallout, Will.i.am admitted, “Tulisa wrote to that song before I did – this is the truth. But the producers of the beat… didn’t want her to have it.”

Tulisa claimed that she wrote the lyrics, “When you hear this in the club, you’d better turn this s**t up” – which were included in Will.i.am and Britney’s version.

She also insisted that Scream & Shout still had her voice on it mixed in with Britney’s, and a musicologist report claimed that Britney sang over Tulisa’s vocals.

Income from the track’s sales were frozen in 2012, however, all the money can now be released – and Tulisa will get 10 per cent of it all.

Tulisa has had a rocky few years since she became the first judge to win The X Factor with girl group, Little Mix, back in 2012.

The former NDubbz star was involved in a serious scandal in 2013, when she was accused of arranging a drug deal for journalist Mazher Mahmood following an elaborate sting for The Sun on Sunday.

However, the case collapsed when Mazher was sentenced to 15 months in jail last year for perverting the course of justice during Tulisa’s drugs trial in 2014.