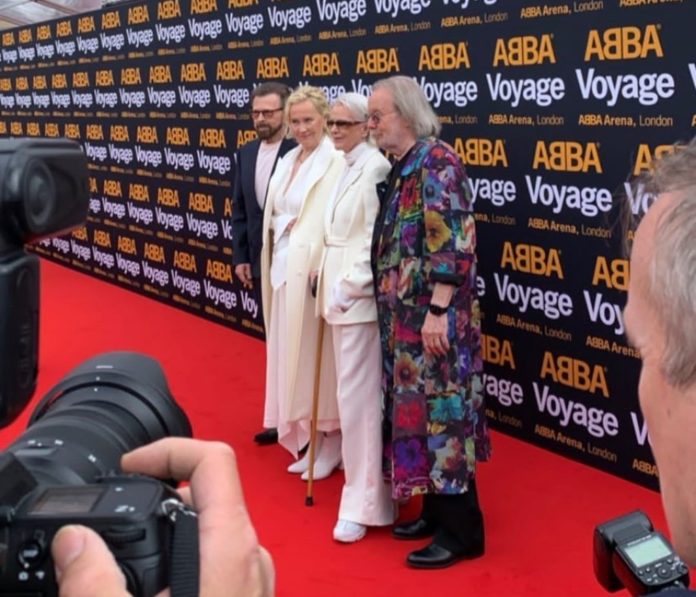 All four members of ABBA reunited in London for the first time since 1982 on Thursday night, as they attended the premiere of their Voyage show.

In a concert like no other, the band will appear on stage as virtual avatars called ABBAtars, which will depict the group as they appeared in 1977.

The concert will run at a purpose-built venue in Queen Elizabeth Olympic Park in East London every night until June 6.

The last time the band were seen in public together was for an appearance on The Late Late Breakfast Show hosted with Noel Edmonds in 1982.

While they reunited for an impromptu performance of ‘Me and I’ at a private gala in Sweden in 2016, this is the first time they’ve attended a public event as a foursome in 40 years.

Speaking on the red carpet outside the concert, Anni-Frid told PA: “I think the most exciting thing about this project was to come together as a group again after so many years not doing anything as a band together.”

We danced, we jived, we had the time of our lives! #ABBAVoyage 🕺💃 pic.twitter.com/noOGfGAwHS

The “ABBAtars” were created through months of motion-capture and performance techniques by a company called Industrial Light and Magic.

It is believed the virtual project took 850 men to help make it.

ABBA shot to fame when they won the 1974 Eurovision Song Contest in Brighton, with their hit song Waterloo.

The band went on to sell more than 400 million albums and singles worldwide.