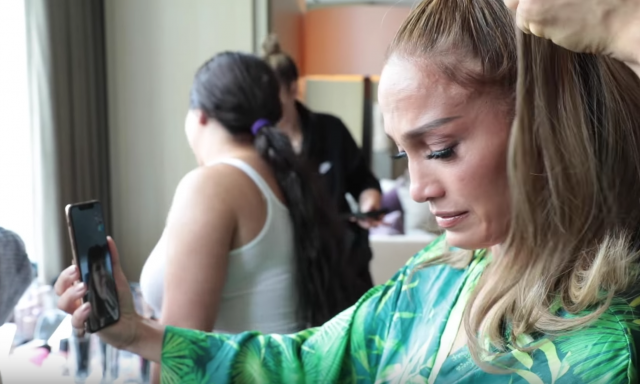 Jennifer Lopez burst into tears over the success of her brand new movie Hustlers, in a video posted on her YouTube channel.

The film, which was released worldwide on Friday, has already been dubbed a huge hit – and it means a lot to the 50-year-old.

In the YouTube video, which follows JLo as Hustler’s premiered at the Toronto Film Festival, the actress and singer cried as her producing partner Elaine Goldsmith-Thomas read rave reviews to her over FaceTime.

Elaine said, “I am so proud. Nobody knows how hard it was,” and an emotional Jennifer replied, “I know baby, me too! I know, it’s awesome!”

Hustlers, which was written and directed by Lorene Scafaria, is based on New York magazine’s 2015 article “The Hustlers at Scores” by Jessica Pressler.

The plot follows a crew of strippers in New York City who begin to embezzle money by drugging stock traders and CEOs who visit their club.

The film has received an 87% fresh rating on Rotten Tomatoes, and their critics consensus reads: “Led by a career-best performance from Jennifer Lopez, Hustlers is a uniquely empowering heist drama with depth and intelligence to match its striking visual appeal.”