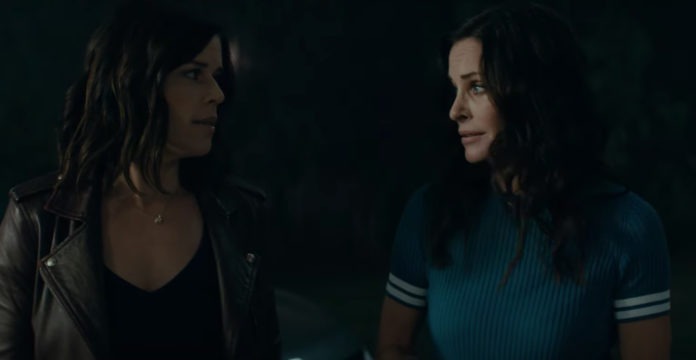 Paramount Pictures have released the trailer for the fifth instalment of the slasher film Scream.

Over 25 years after making his bloody mark on Woodsboro, Ghostface is back to terrify some fresh faces, including In the Heights star Melissa Barrera, 13 Reasons Why’s Dylan Minnette and You star Jenna Ortega.

Along with the new cast, original stars including Neve Campbell, Courteney Cox, and David Arquette are back for the film, along with Marley Shelton and Roger L. Jackson (the voice of Ghostface).

The upcoming flick will be directed by Matt Bettinelli-Olpin and Tyler Gillett, following the death of horror film icon Wes Craven – who passed away in 2015.

The first official poster for House of Gucci has been released

No Time To Die Review: Possibly The Best Bond Ever Made