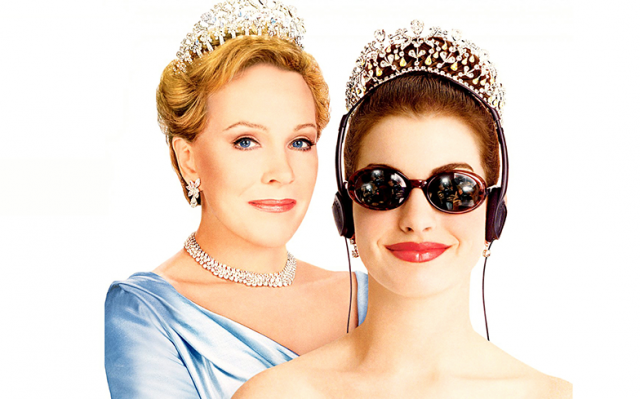 Julie Andrews has revealed that she’d love to film a third Princess Diaries movie, sixteen years after the last film was released.

Speaking on The Talk, the 84-year-old discussed the possibility of making a third film alongside Anne Hathaway.

“It’s long been talked about but nothing sort of been on my desk or anything like that,” she admitted.

“I think I would [do it], I’m getting awfully old and crotchety.”

“I’m getting awfully old and crotchety. I’m not sure if it’s the right timing, but I think to work with Annie [Hathaway] would be lovely again. And yeah, sure I would be up for it.” – @JulieAndrews on a potential “Princess Diary 3” movie. pic.twitter.com/0qY07FlFMi

The actress played Queen Clarisse Renaldi, the ruler of Genovia, in both films – while Anne Hathaway played her granddaughter, Princess Mia Thermopolis.

The first film was a surprise hitmaker, as it earned $165.3 million worldwide from just a $26 million budget.

The Oscar-winning actresses reunited once again in 2004 for the sequel The Princess Diaries 2: Royal Engagement.

“I’m not sure if it’s the right timing, but I think to work with Annie would be lovely again,” Julie added.

“And yeah, sure I would be up for it. I think we should wait if the script comes in just waiting for that.”

Plus Ali and Kendra chat about Matt Damon’s Irish protection, Meghan Markle and Prince Harry’s latest legal battle, and Khloe Kardashian and Tristan Thompson’s relationship, are they back on?