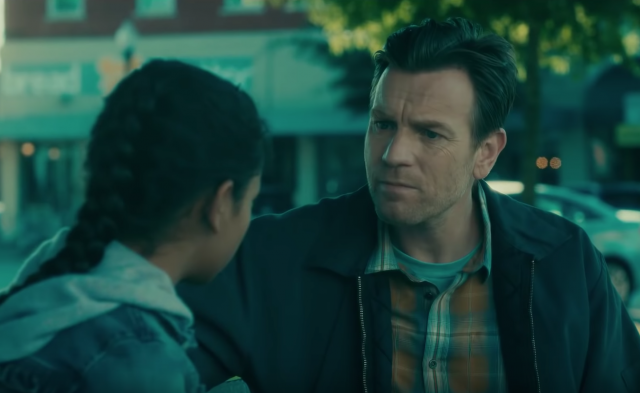 Ewan McGregor will play the son of Jack Nicholson’s character in a sequel to 1980 film The Shining.

The Scottish actor will star as psychic Danny Torrance, in the upcoming film Doctor Sleep.

Years following the events of The Shining, a now-adult Danny meets a young girl with similar powers, and tries to protect her from a cult known as The True Knots who prey on children with powers to remain immortal.

In a teaser for the film, Ewan’s character Danny returns to the haunted Overlook Hotel, and peers through a gaping hole in a door – which was made by Jack in that famous axe scene from the original film.

Doctor Sleep, which is based on Stephen King’s 2013 novel, is set for release on Halloween.