Zoë Kravitz shades Will Smith for slapping Chris Rock at the Oscars: ‘We are apparently assaulting people on stage now’ 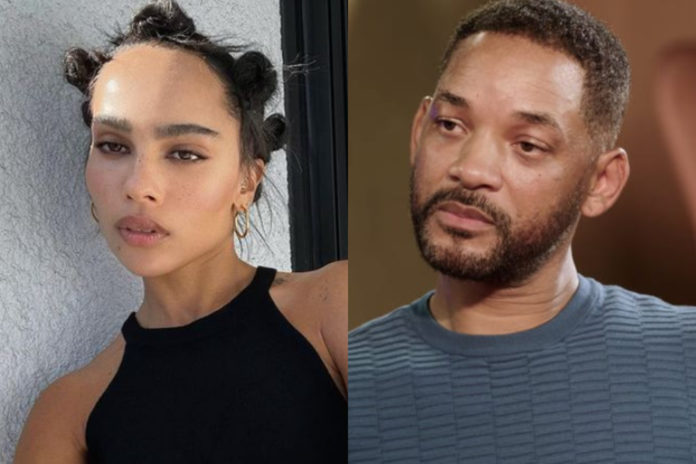 Zoë Kravitz has shaded Will Smith for slapping Chris Rock at the 2022 Oscars.

Taking to Instagram, the 33-year-old shared a snap of herself on the red carpet at the 94th Academy Awards, which took place on Sunday night.

The actress, who wore a stunning ponk dress for the occasion, captioned the post: “here’s a picture of my dress at the award show where we are apparently assaulting people on stage now.”

She then shared a photo of her outfit for the Vanity Fair Oscars after party, and wrote: “and here is a picture of my dress at the party after the award show -where we are apparently screaming profanities and assaulting people on stage now.”

Zoë was in the audience at Hollywood’s Dolby Theatre on Sunday night when Will slapped Chris across the face after he made a joke about his wife Jada Pinkett Smith.

Referring to Jada’s buzzcut, the comedian said: “Jada, can’t wait for GI Jane 2,” prompting the actress to roll her eyes.

Jada has spoken about her struggles with alopecia, a condition that causes hair loss, and said it is what prompted her to shave her head.

When Will returned to his seat, he shouted at Chris: “Keep my wife’s name out of your f***ing mouth.”

The Fresh Prince of Bel Air star has since issued a public apology, writing on Instagram:  “Violence in all of its forms is poisonous and destructive.”

“My behaviour at last night’s Academy Awards was unacceptable and inexcusable. Jokes at my expense are a part of the job, but a joke about Jada’s medical condition was too much for me to bear and I reacted emotionally.”

“I would like to publicly apologize to you, Chris. I was out of line and I was wrong. I am embarrassed and my actions were not indicative of the man I want to be. There is no place for violence in a world of love and kindness.”

“I deeply regret that my behavior has stained what has been an otherwise gorgeous journey for all of us. I am a work in progress. Sincerely, Will,” he signed off.