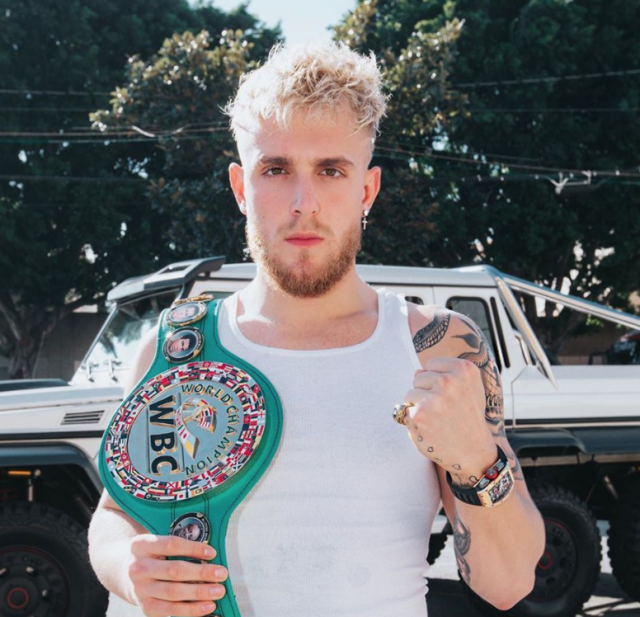 YouTuber Jake Paul has been charged with criminal trespass and unlawful assembly, after he was filmed among a crowd of looters in Arizona on Saturday night.

The social media star came under fire over the weekend, when videos emerged of him filming looters at Scottsdale Fashion Square in Arizona.

Local authorities have since confirmed that Jake has been slapped with two misdemeanour charges.

Responding to the news on Twitter last night, the 23-year-old tweeted: “Gimme my charges and let’s put the focus back on George Floyd and Black Lives Matter.”

gimme my charges and let’s put the focus back on George Floyd and Black Lives Matter https://t.co/nwBZmsxFFz

Jake was charged by police after he denied participating in any looting or vandalism in a statement posted on social media.

“To be absolutely clear, neither I nor anyone in our group was engaged in any looting or vandalism,” he said.

“For context, we spent the day doing our part to peacefully protest one of the most horrific injustices our country has even seen, which led to us being tear-gassed for filming the events and brutality that were unfolding in Arizona.”

“We were gassed and forced to keep moving on foot. We filmed everything we saw in an effort to share our experience and bring more attention to the anger felt in every neighborhood we traveled through; we were strictly documenting, not engaging.”

“I do not condone violence, looting or breaking the law; however, I understand the anger and frustration that led to the destruction that we witnessed and while it’s not the answer, it’s important that people see it and collectively figure out how to move forward in a healthy way,” he continued.

“We are all doing the best we can to be helpful and raise awareness; this is not the time to attack each other, it’s time to join together and evolve.”

Jake Paul, who rose to fame on Vine, has over 13 million followers on Instagram, and currently has 20 million subscribers on YouTube.