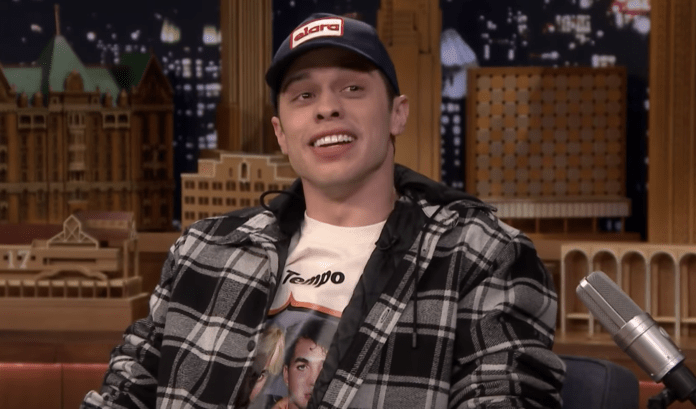 Pete Davidson has gushed about his fiancée Ariana Grande on The Tonight Show Starring Jimmy Fallon.

Pete and Ariana’s whirlwind romance has hit headlines in recent weeks, and the couple shocked fans by getting engaged after just a few weeks of dating.

On Wednesday, the SNL comedian appeared on Jimmy Fallon’s chat show alongside British actor Robert Pattinson – and Pete officially confirmed his engagement to the pop singer.

The comedian also discussed the public’s response to their engagement, and joked that people have stopped him in the street to say congratulations.

Meanwhile, an eyewitness told E! News that Ariana was watching Pete’s interview from the side of the stage.

“She had a huge smile on her face the entire time and was constantly clapping,” a source said.