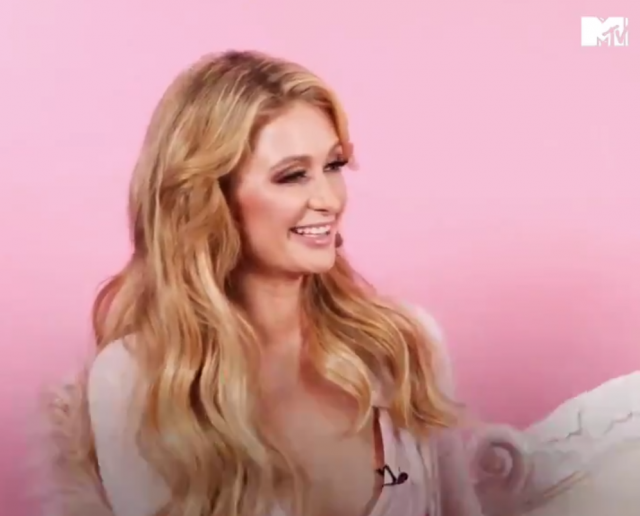 Speaking to MTV Australia about the infamous “Holy Trinity” photos of herself, Britney Spears and Lindsay Lohan in Paris’ car 11 years ago, the heiress revealed that Lindsay wasn’t actually invited on that night out.

In the interview, MTV showed Paris one of the pictures, and she said, “Well, actually it was just Brit and I out, and then she just like chased us to the car and got in. She wasn’t invited.”

The iconic photos shocked the tabloid world at the time, as Paris and Lindsay were both involved in a heated feud.

The night before The Holy Trinity was photographed in Paris’ car, Lindsay claimed that Paris threw a drink at her at a party.

“This is a video that Paris Hilton, and I’m saying this on tape,” Lindsay told a photographer. “She hit me last night for no reason, apparently at my friend’s house and I didn’t know she’d be there and she hit me.

Bizarrely, the pair were pictured the following night with Britney Spears, and Lindsay told the paparazzi that she had been lying the previous evening.

“Paris is my friend. Everyone lies about everything. She’s a nice person… I’ve known her since I was 15,” she said, before adding, “Stop making us hate each other.”