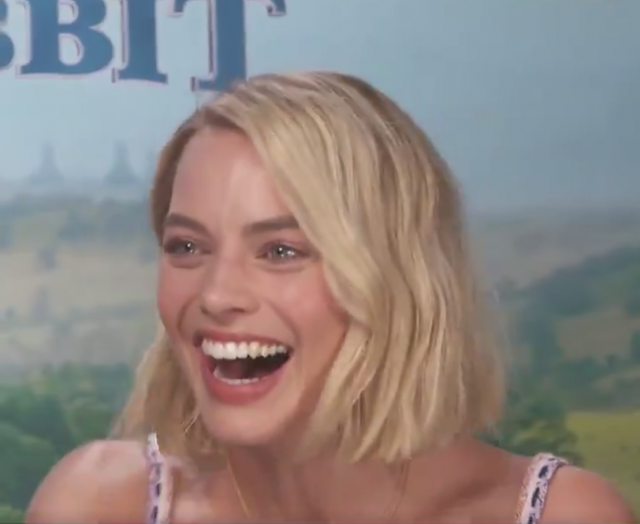 Margot Robbie’s brother Cameron surprised her during a press junket for her new film Peter Rabbit.

The actress was doing interviews for the movie in Australia, where she’s from, when her younger brother entered the room to interview her for MTV Australia.

Margot then told her co-star Elizabeth, “This is my brother!” and she replied, “I know!”

We surprised @margotrobbie with her brother @cameronrobbiee during an interview for the #PeterRabbit movie in Sydney! ???????????? pic.twitter.com/HloTVNYysH

Attempting to keep the interview on track, Cameron said, “Excuse me, can you calm down? This a professional situation right now.”

However, Margot couldn’t contain her excitement as she said, “This is crazy! You’re an interviewer on MTV!”