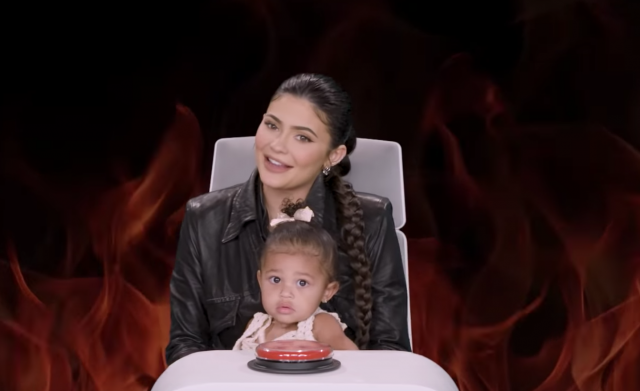 Kylie Jenner’s daughter Stormi made an adorable appearance during a segment for The Ellen Show this week.

The clip, which was uploaded online on Thursday, shows Kylie answering some of Ellen’s burning questions.

The 22-year-old revealed all while talking about what Travis Scott smells like, bingeing YouTube makeup tutorials, and keeping secrets from Kris Jenner.

Stormi also gave her father a sweet shout-out during the segment, when Kylie asked her, “Who loves you the most?”

Stormi quickly replied, “Daddy,” before Kylie rolled her eyes and said, “Every time.”