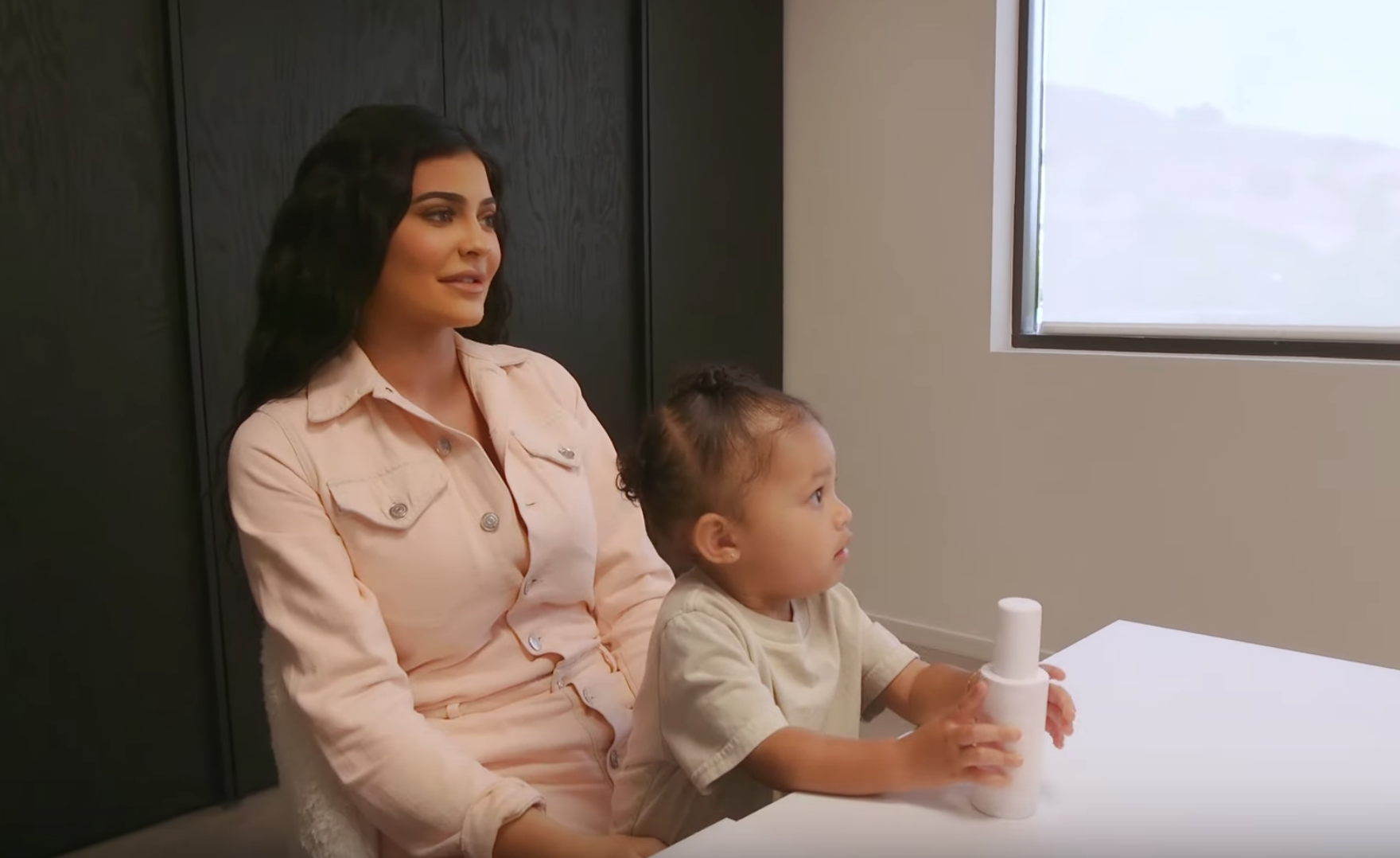 Kylie Jenner has shared a behind-the-scenes look at a day in her life in a new YouTube video.

Over the past two years, the 21-year-old has appeared on Keeping Up With The Kardashians less and less – opting to share snippets of her life on social media instead.

On Monday, the reality star shared a brand new 19-minute long vlog, which starts with footage of her daughter Stormi, who had woken her up super early.

In the video, Kylie says: “I wanted to give you a glimpse into a typical day for me. You guys have been asking to see my new office, but I thought it would be fun to show you everything from the moment I wake up, so I’m taking you into my home, my closet, my business, my photoshoots and more.”

“I said that I was going to start this vlog a lot earlier, but I slept with Stormi last night. She woke me up at 6, wouldn’t stop crying — it wasn’t the time to grab my camera and start filming.”

Throughout the vlog, Kylie brings fans along as she attends important business meetings, and hosts a birthday dinner for her makeup artist/friend Ariel Tejada.

Kylie has been a lot more active on her YouTube channel, ever since she announced the birth of Stormi in an emotional video last February.

And back in November, Kylie posted a vlog while she was on tour with her boyfriend Travis Scott.