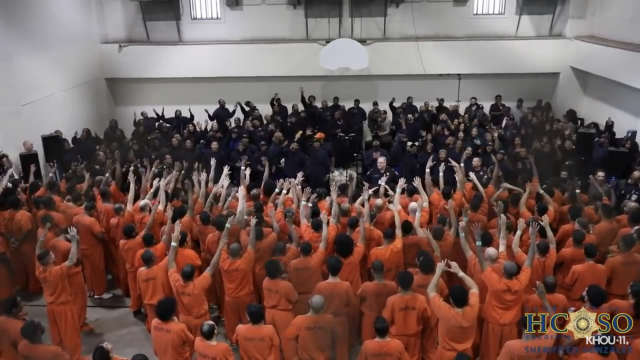 Kanye West has taken his Sunday Service performance to inmates at a Texas jail.

The rap star performed twice, for both the male and female inmates at the Harris County Jail on Friday.

Kanye reportedly got in touch with the facility earlier this week to make the performance happen.

Over 100 members of the star’s church were present to perform the service.

Many of the inmates were overcome with emotion to see the performance.

Kanye met with a number of the jail residents, chatting to them and greeting them with handshakes. 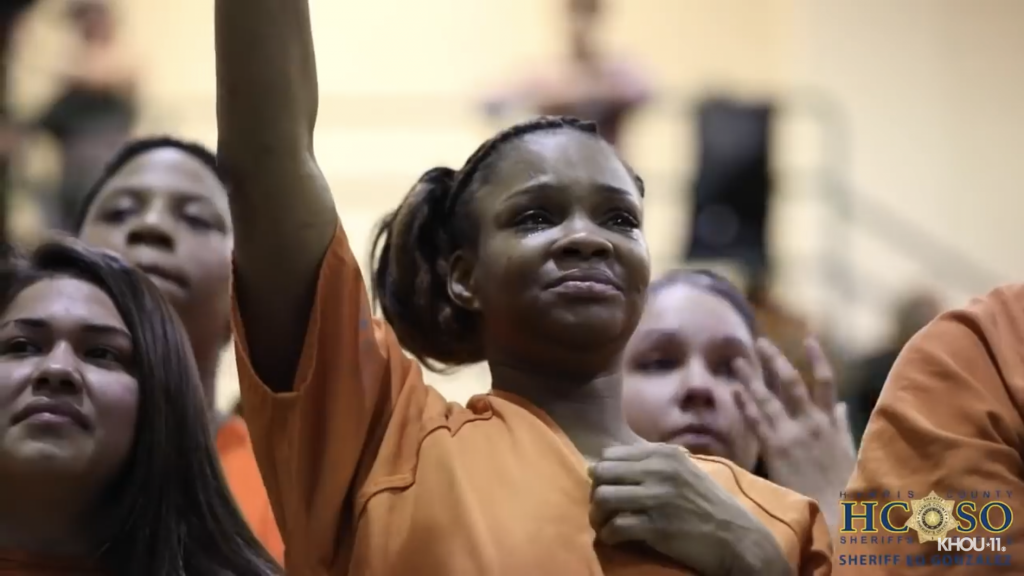 The jail uploaded a video of the performance to YouTube.

Kanye has been active in his work to spread his newfound faith in Christianity.

This Sunday, Kanye and the choir will perform at televangelist Joel Osteen’s Lakewood Church service.