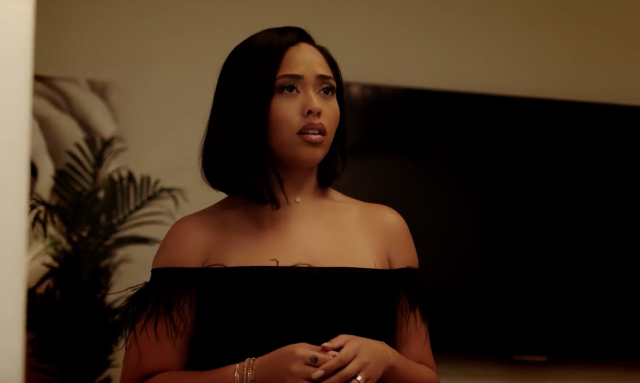 The trailer for Jordyn Woods’ new movie has been released.

The 21-year-old will play the leading lady in an upcoming thriller called ‘Trigger’, alongside ‘Hot Felon’ Jeremy Meeks, and City Boys’ Wesley Jonathan.

Jordyn surprised fans late last year when she announced that she was filming a new movie.

The model-turned-actress landed the role months after she was caught up in a scandal involving the Kardashian-Jenner family.

Jordyn was a long-time friend of Kylie Jenner, but after she was caught kissing Khloé Kardashian’s beau Tristan Thompson at a house party, Jordyn was ousted by them.

Jordyn faced serious backlash over the scandal, but it also boosted her career, as she landed a major deal with hair extensions brand Easilocks, and secured two film roles.