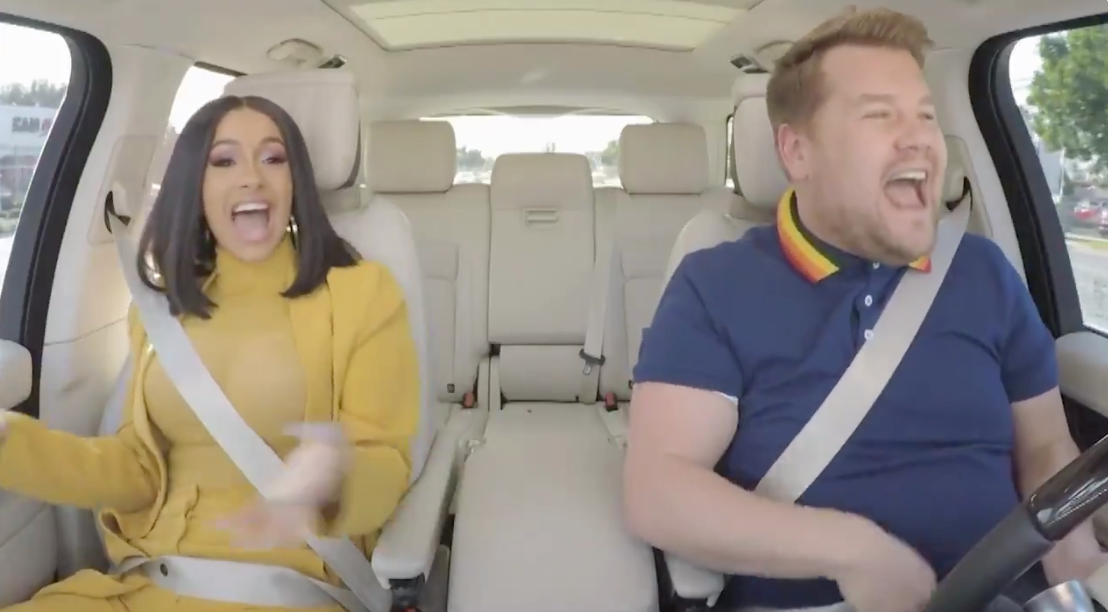 The talk show host teased fans with a clip on Twitter, alongside the caption: “We got you an early present.”

In the 52-second long clip, the pair sing and rap along to Cardi’s hit songs ‘Bodak Yellow’ and ‘Money’.

The 26-year-old rapper is also seen telling a crowd of young children to “stay in school” or they will not be “getting any Christmas gifts”.

We got you an early present ????@iamcardib #CardipoolKaraoke drops Monday! pic.twitter.com/DwSB1i17Wd

Earlier this month, the mother-of-one announced her split from Migos star Offset after 14 months of marriage.

The former couple have a daughter named Kulture together, who was born in July.