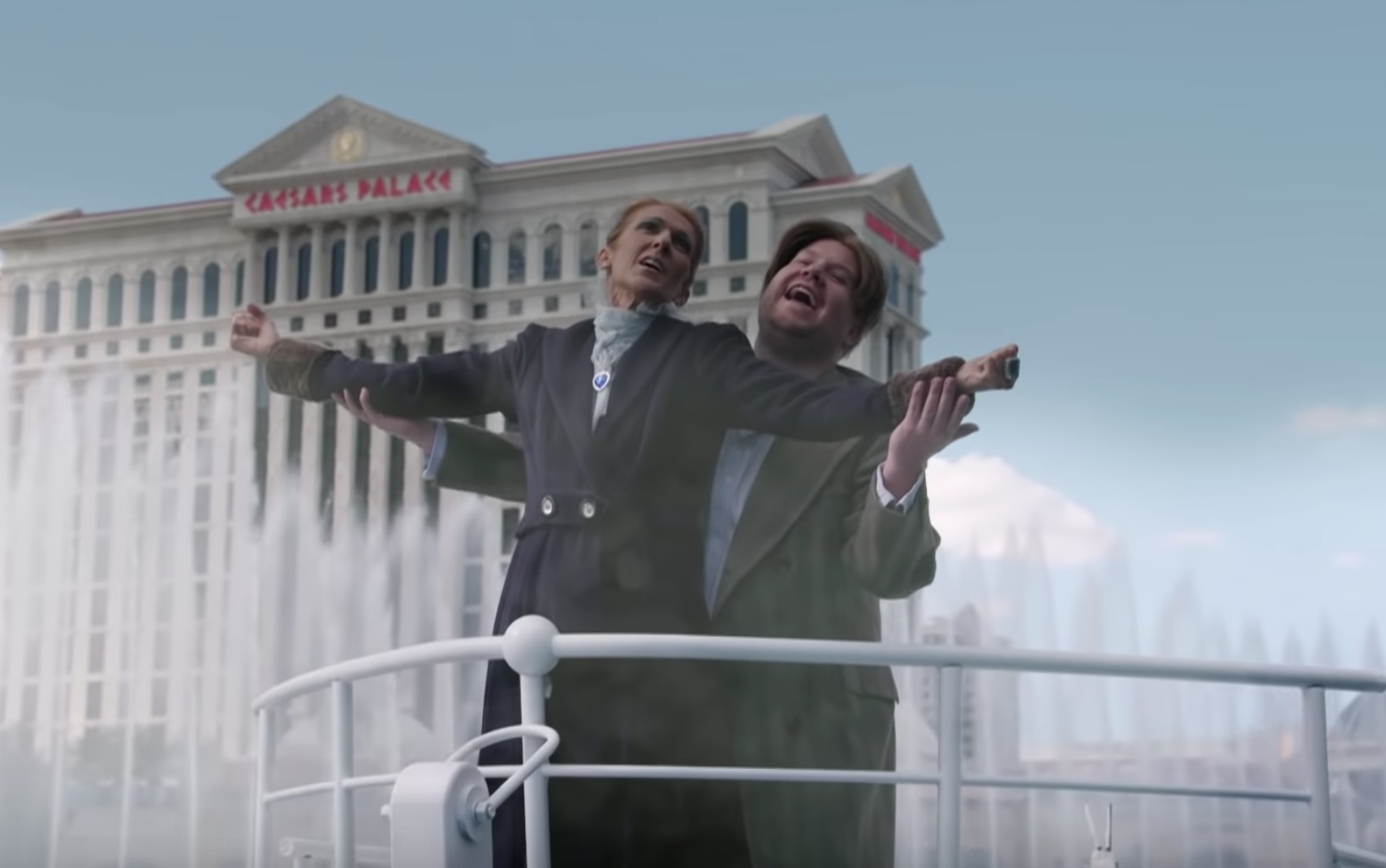 The legendary songstress joined James Corden for the popular segment in Las Vegas, and the pair performed some of her biggest hits – including All Coming Back to Me Now.

Celine and James later ditched the car, and went to the pool outside Caesars Palace to reenact one of the most famous scenes from Titanic while singing Celine’s hit song My Heart Will Go On.

My Heart Will Go On was the main soundtrack title from the 1997 film, which starred Leonardo DiCaprio and Kate Winslet.