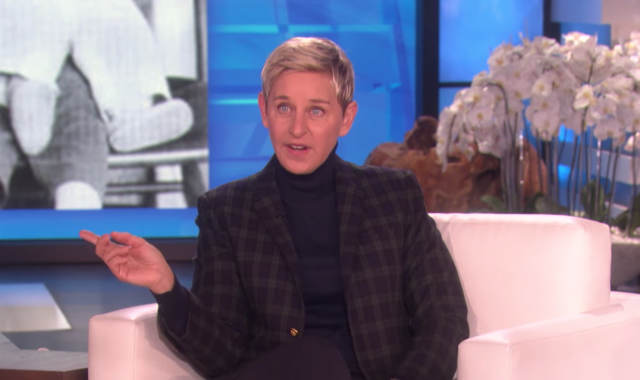 Ellen DeGeneres has revealed that her father, Elliot DeGeneres, has sadly passed away.

It’s been a particularly tough week for the talk show host, as she’s also been affected by the mudslides that have devastated Southern California residents.

The comedian and her wife Portia de Rossi were forced to evacuate their home in Montecito on Sunday, just 10 days after returning from a previous evacuation for wildfires.

Speaking on her show, Ellen honoured her late father in a moving tribute. “In addition to what’s going on in Montecito, I lost my dad this week. He was 92 years old. He had a good, long life.”

Ellen went on to tell the audience a story about a sign she received just ten minutes before his passing.

Taking to Instagram, Ellen posted pictures of her father as well as the massive rainbow she saw above Warner Studios.

“It wasn’t unexpected. I was able to say goodbye. When I was a kid, my dad took us on one vacation to Warner Bros. Studios. He loved this business. He loved that I was in it. When he died, I saw this rainbow over the stage they named for me.”