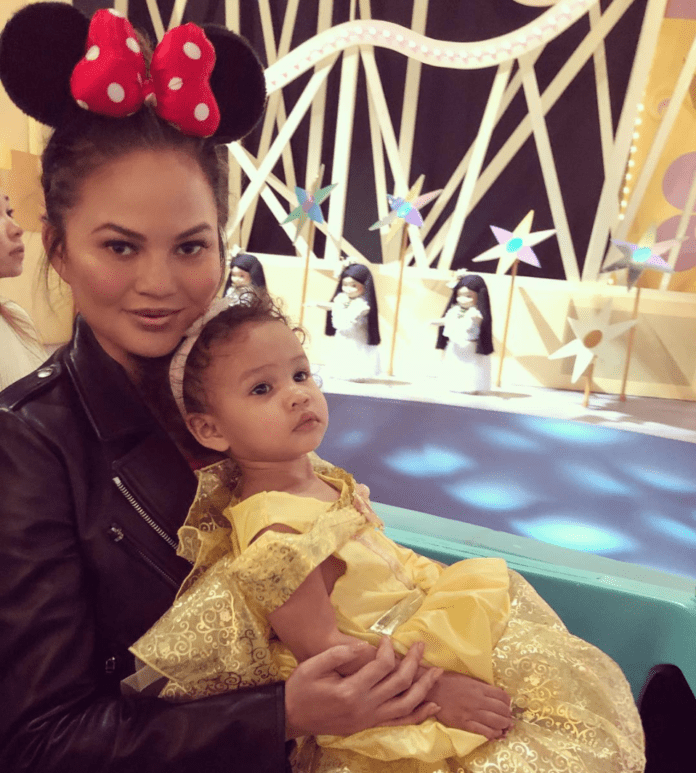 Chrissy Teigen and husband John Legend are currently over in Hong Kong where the model has been sharing adorable videos of their daughter Luna in Disney Land.

In another hilarious video, Chrissy mocks herself in a local McDonalds by ‘giving out’ about all of the attention she was receiving from all her fans.

“Yes everybody, it’s me,” Chrissy joked, while sharing footage around the McDonalds of absolutely no one paying her any attention to her.

While visiting Disney Land with husband John and daughter Luna, Chrissy shared a funny video of Luna hugging Minnie Mouse and not stopping at just one.

Chrissy jokingly wrote the caption, “she lets me hug her once a week.”

she lets me hug her once a week

The famous couple are currently expecting a baby boy, who will be a little brother to daughter Luna.