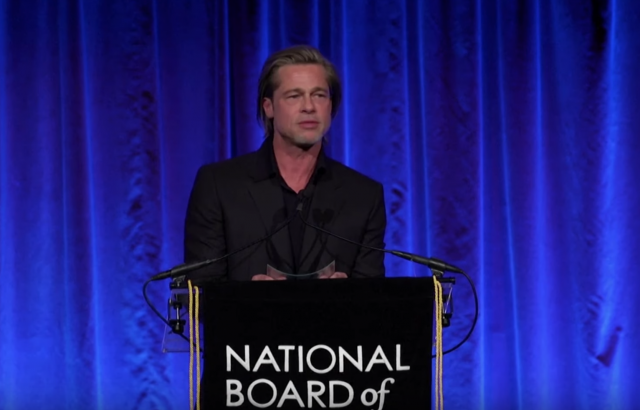 The 56-year-old praised his pal for helping him get “sober” as he accepted an award at the National Board Of Review gala.

Bradley was there on the night to present him with the Best Supporting Actor award, which was for his role in Once Upon A Time In Hollywood.

During his acceptance speech, Brad said: “Bradley just put his daughter to bed and rushed over here to do this. He’s a sweetheart.”

“I got sober because of this guy and every day has been happier ever since. I love you and I thank you,” he added.

Brad has been open about his struggles with addiction in the past, and revealed he started attending Alcoholics Anonymous meetings after splitting from Angelina Jolie.