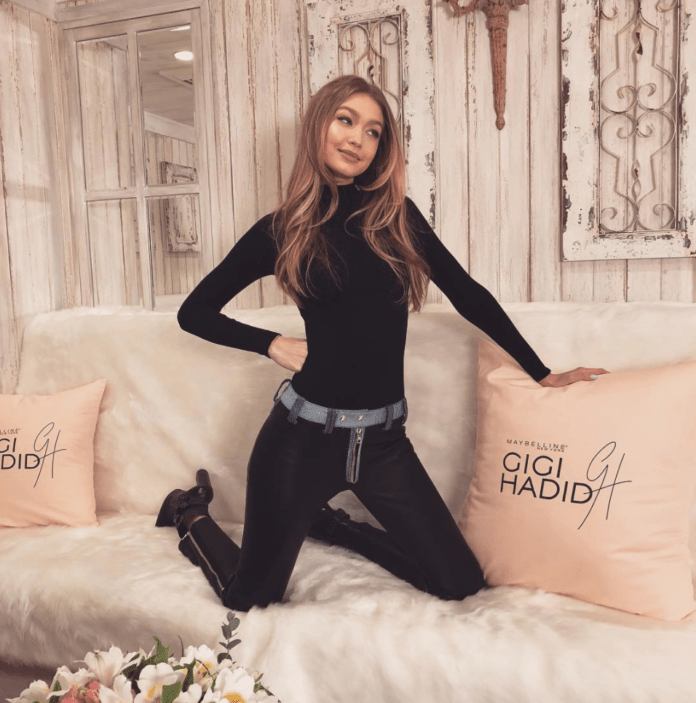 Vogue Italia did not learn their lesson the first time, because the fashion magazine has once again been accused of using “black face” on model Gigi Hadid’s new cover.

The model shared a preview of the cover on her Instagram, expressing her excitement and gratitude in the caption.

“Excited, honored, and grateful to cover @VogueItalia’s May Issue…thank you so so much for an amazing shoot, I am forever inspired by you all !!! & can’t wait to share the full story,” she wrote.

Fans were shocked by the cover image, which shows a normally fair skinned Gigi with exceptionally bronzed skin and dark brown hair.

Another just said, “did she just…blackface?”

Our May issue ⚡ #vogueitalia ⚡A Story for #highvoltage ⚡???? power women ????@gigihadid by @stevenkleinstudio ???? on newsstands friday may 4th! Here in a Video by Alana O’Herlihy @lilmami_lani Music by Kid Bloom @kidbloom ????

The 23-year-old posed on the lap of male model Justin Martin, who also looks much darker than his normal complexion.

Many have accused the images of being digitally altered and photoshopped, because according to some, Gigi’s face also appears altered.

Despite this being Gigi’s 27th Vogue cover, this isn’t her first one to cause controversy. She appeared on the cover of Vogue Italia in 2015 with tinted skin. In multiple retro inspired shots she was also sporting an afro.

The 2015 Vogue Italia cover story caused mass outrage over cultural appropriation, and now many fans are upset that Vogue didn’t seem to learn from their mistake.

Leave it to Steven Meisel, @carlynecerfdedudzeele, @guidopalau, and @patmcgrathreal to have fun with fashion! ☄???? So honored to cover the November issue of @VogueItalia! ????