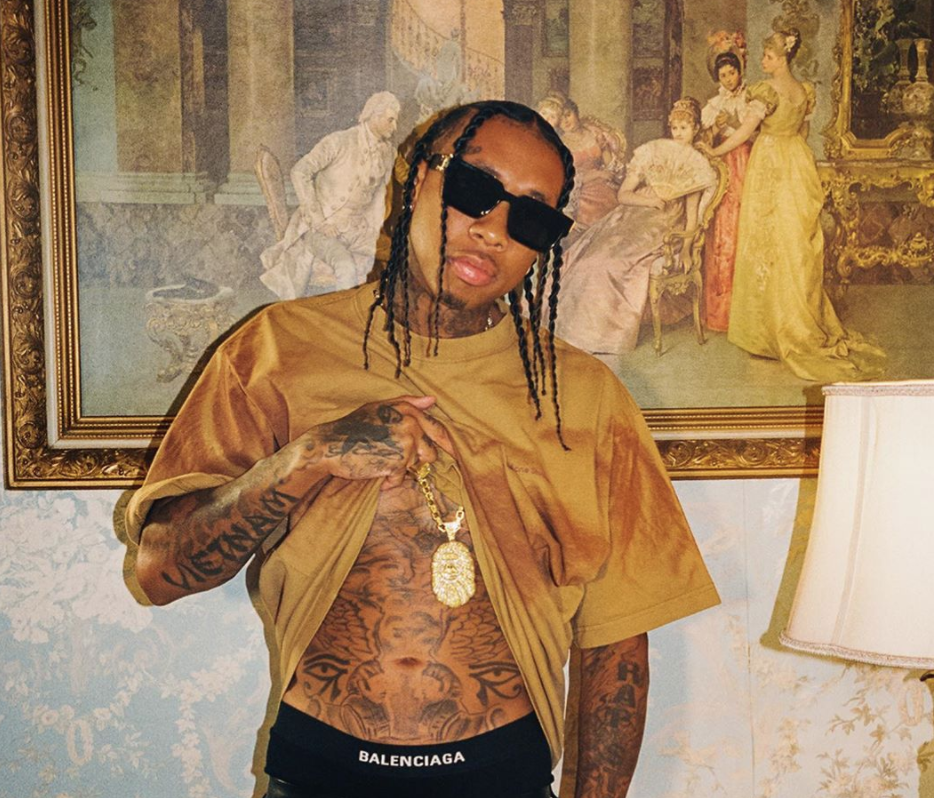 Tyga has been arrested and released on a $50,000 bail for alleged domestic violence.

On Tuesday, E! News reported that the rapper turned himself in to the Los Angeles Police Department after ex-girlfriend Camaryn Swanson alleged she had been “emotionally, mentally and physically abused” by him.

An LAPD spokesperson told Rolling Stone that Tyga, who’s real name is Michael Stevenson, was arrested in connection to an alleged “domestic violence incident” that occurred on Monday, October 11.

A source close to Tyga told TMZ that Camaryn allegedly went to his house at 3am on Monday morning, after he told her not to come. When she arrived at his residence, the source claims she began “shouting at the top of her lungs.”

However, Camaryn refuted this claim on her Instagram Stories, posting a screenshot of a conversation with her former boyfriend.

According to her post, the rapper had sent a car to pick her up on Monday morning.

She wrote: “I didn’t show up ‘screaming’ or uninvited. When I tried to leave he physically assaulted [me] and refused to let me leave for hours. I’m so embarrassed and ashamed it had to get to this but I have to stand up for myself.”

She also shared a photo of herself with a black eye, alleging: “I’ve been emotionally, mentally and physically abused and I’m not hiding it anymore.”

Tyga and Camaryn reportedly started dating early this year but it’s not clear when they broke up.

Tyga has previously had high-profile relationships with Blac Chyna and Kylie Jenner.

Goss.ie have contacted Tyga and Camaryn’s reps for comment.