Travis Scott and Kylie Jenner put on a loved-up display as they attended the Parsons Benefit in New York City on Tuesday night.

The rapper was there to accept an award, and the pair were joined by their 3-year-old daughter Stormi – who posed for some adorable snaps on the red carpet.

At the end of his acceptance speech, Travis gushed: “Stormi, I love you and wifey, I love you.” 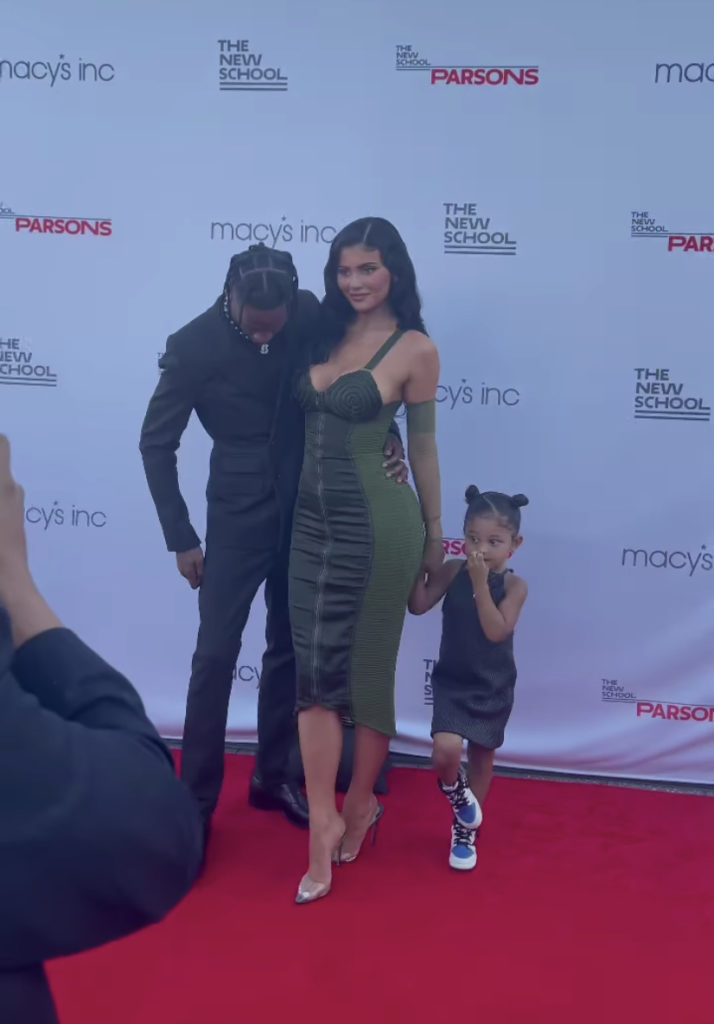 Before the event kicked off, Travis, Kylie and Stormi posed for photos as a family of three – marking the first time they’ve walked a red carpet together since they split in 2019.

The 23-year-old also shared behind-the-scenes snaps from the event on Instagram, including a loved-up photo of Travis holding her waist.

The news comes after Kylie recently responded to claims she’s in an “open relationship” with Travis.

Last month, TMZ reported that the former couple were back together, but claimed they were “free to date other people”.

But the 23-year-old later denied the report on Twitter.

At the time, Kylie tweeted: “i’m not discrediting anyone who is in an open relationship but it’s just careless and disrespectful to throw this narrative out there without knowing what’s true.”

The reality star and the rapper dated from 2017 until 2019, and share a daughter named Stormi together, who turned 3 in February.

Kylie and Travis sparked reunion rumours in early May, after the makeup mogul flew to Miami to celebrate his birthday.

The pair were also recently spotted on a dinner date with Justin and Hailey Bieber, as well as Kendall Jenner and her beau Devin Booker.