This is how Sam Asghari proposed to Britney Spears 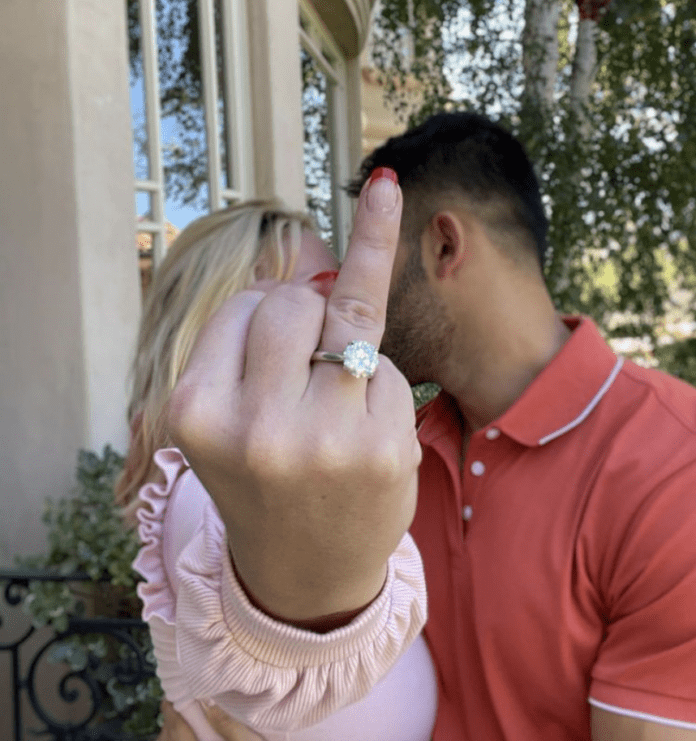 Britney Spears “screamed” in shock when her longterm boyfriend Sam Asghari proposed over the weekend.

The couple announced their engagement on Sunday night, after five years together.

A source has since told E! News that Sam popped the question at Britney’s house, taking her by surprise.

The source said: “They have been talking about getting engaged for a while now and Sam totally threw her off today at her house. She was so taken back, she screamed.”

“Sam has been dying to propose to Britney and knew this was finally the right time. They are so happy to be able to share this new chapter together.”

The professional dancer proposed with a 4-carat round-cut diamond ring, which has “Lioness” engraved on the band – which is his nickname for Britney.

The source continued: “It was very private and romantic, everything she wanted.”

“Britney has told Sam that he is her soul mate and that she is so grateful to have him, especially during these hard times.”

“She’s wanted this for a long time, and her dream finally came true,” the insider added.