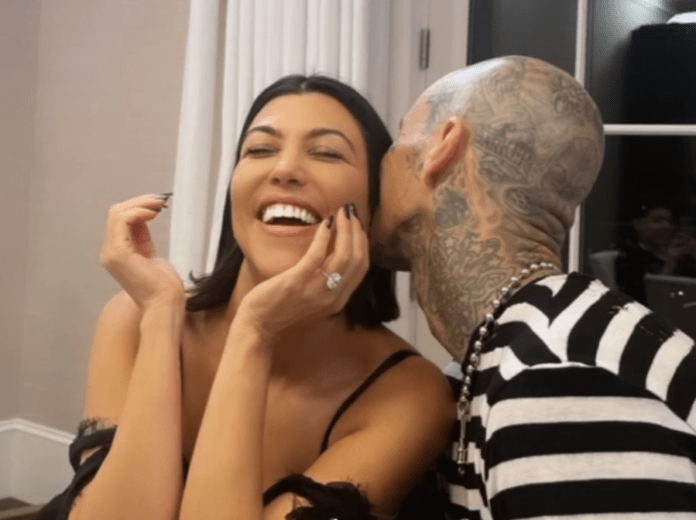 The Blink-182 drummer proposed to the reality star on the beach next to the Rosewood Miramar hotel in Montecito, California on Sunday, after almost a year of dating.

Mike Fried, CEO of The Diamond Pro, has since valued the the oval-cut sparkler at a whopping $1 million. 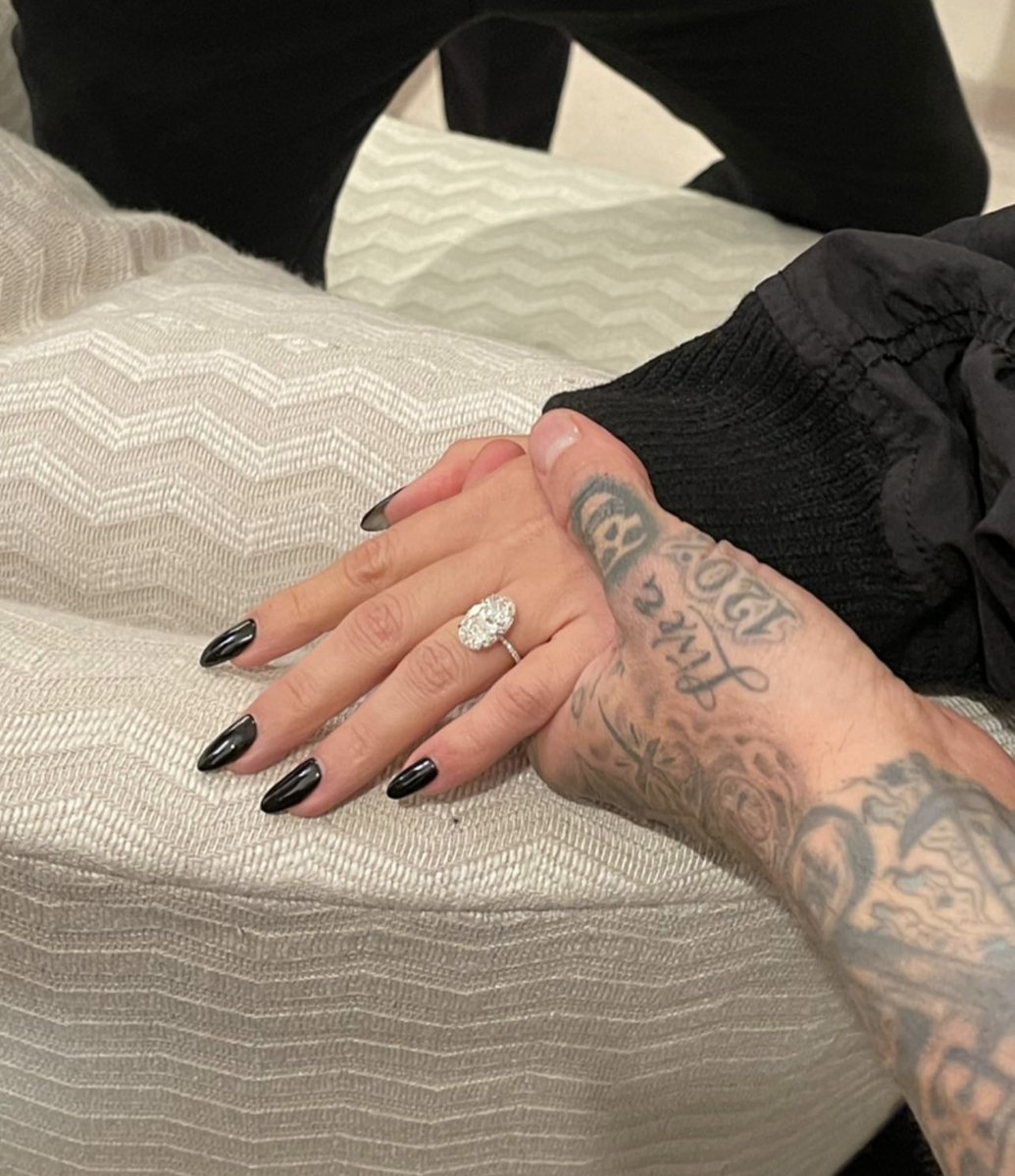 He told Page Six Style: “It appears Travis has bought into the Kardashian family philosophy of going big and going flashy with the enormous oval-cut diamond engagement ring he gave to Kourtney.”

“It looks to be larger than 15 carats in a pavé or hidden halo setting.”

PEOPLE magazine has confirmed Travis worked closely with celebrity jeweller Lorraine Schwartz on the ring, but didn’t confirm its value.

“I worked on it with Travis and he was a really big part of it.”

“He was really hands-on in the whole making of it. It’s gorgeous and they’re happy.”