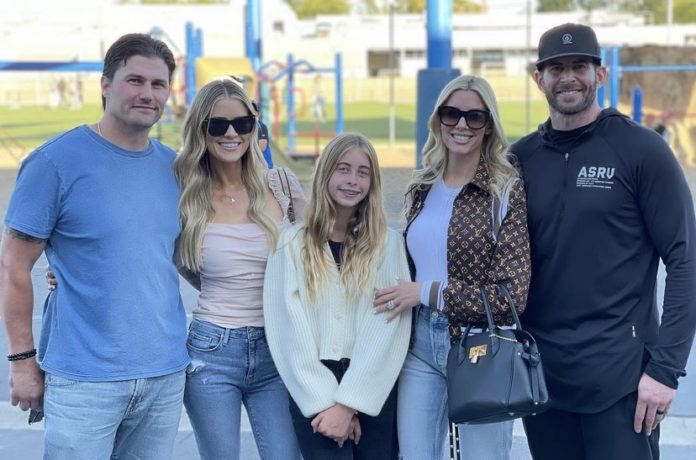 In photos published by the Daily Mail earlier this week, Tarek was pictured pulling his Selling Sunset star wife away from his Christina at their son Brayden’s soccer game.

Heather was papped approaching the Flip or Flop star on the sidelines, where they exchanged some words, before Tarek grabbed her arm and pulled her away.

Tarek, 40, was also seen having a tense conversation with Christina’s husband Joshua Hall at the game.

While it’s unclear what words were exchanged, a rep for Christina has confirmed their issues have been “resolved”.

In a joint statement from both parties on Tuesday, the rep told Page Six: “A personal matter was discussed and has since been resolved. We are focused on co-parenting as a team moving forward.”

Tarek has since taken to Instagram to share a snap of him and Heather with his ex-wife Christina and her new husband Josh.

The 40-year-old captioned the post: “It’s been a rough exhausting week! Bray is starting to feel a little bit better so we made it out to Taylor’s open house tonight. I’m so proud of both of them ❤️.”

Heather commented on the post: “❤️❤️❤️❤️ love you so much baby.” 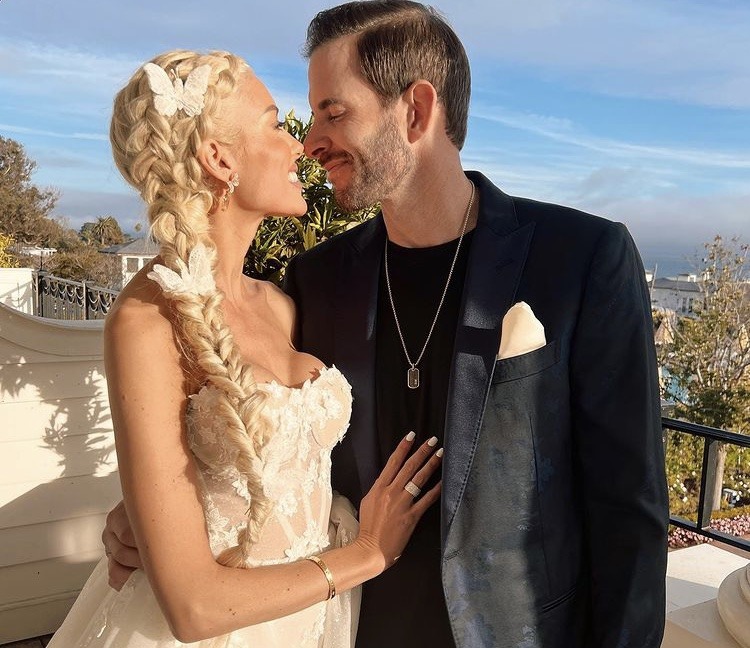 “Next, on to middle school she goes. Brayden is recovering well and we are all grateful 🤍. It has been a very rough few weeks, ready for some peace 🙏.”

Tarek and Christina, who co-starred together in the HGTV series Flip or Flop, were married from 2009 to 2018, and welcomed two kids together – Taylor, 11, and Brayden, 6.

Heather became stepmother to Tarek’s kids when they tied the knot in October 2021.

Just last month, Heather opened up about co-parenting Tarek’s kids with Christina, and admitted they like to keep things “separate”. “So, we do communicate for the children.”