The 55-year-old, best known for playing Miranda Hobbs in Sex and the City, has announced she’s directing an episode of the upcoming revival series.

Sharing photos of herself in the director’s chair, she wrote on Instagram: “Roll camera! 🎥 I am thrilled to share that I am directing an episode of @JustLikeThatMax this season.”

“It’s been a complete dream to work with my beloved co-stars and crew in this new role. I have truly never felt so supported in my life,” she continued.

“(And don’t worry, Miranda is still going to be in the episode — it was surreal to do both at once!)”

A host of Cynthia’s co-stars shared their support in the comment section, including Mario Cantone who wrote: “Ooooh yes! It’s been an incredible time with you!”

Kristin Davis, who plays Charlotte York in the series, also shared the news on her Instagram Story. 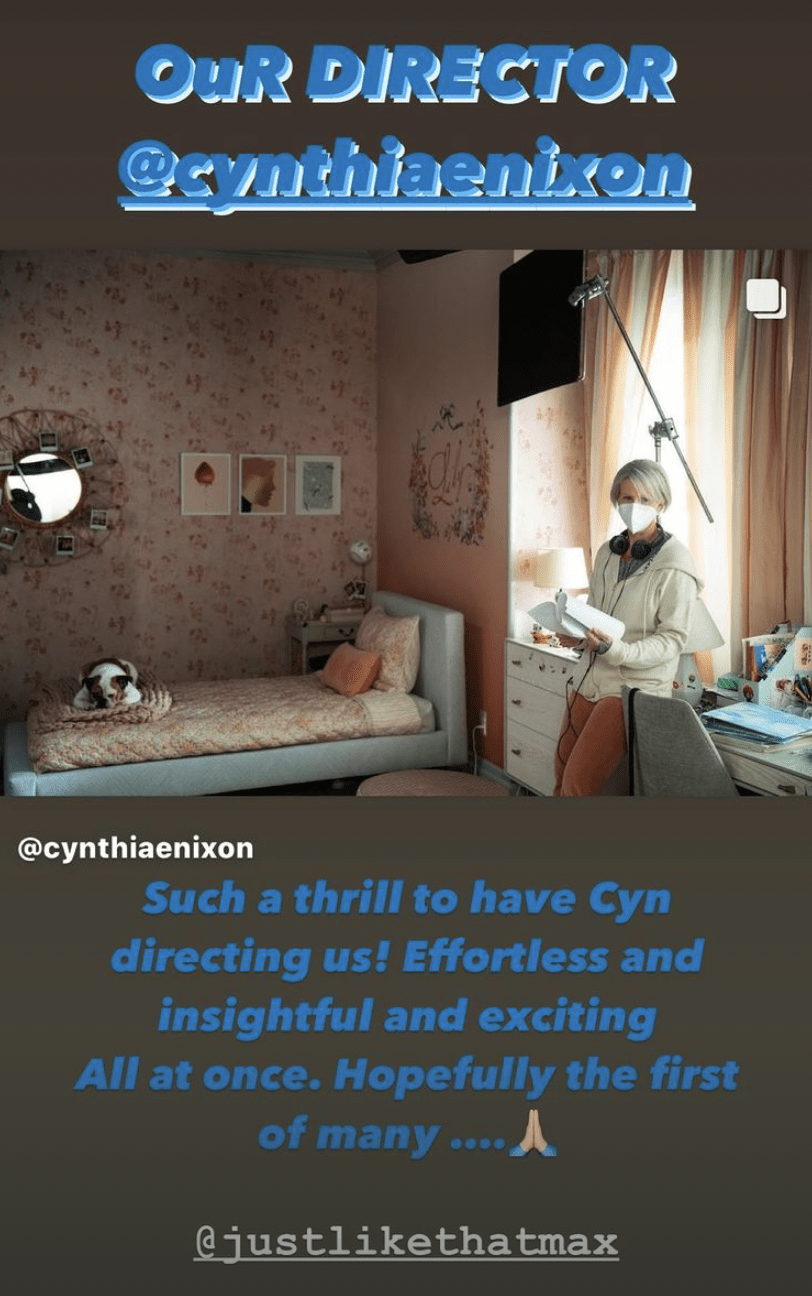 She wrote: “Our director, @cynthiaenixon. Such a thrill to have Cyn directing us! Effortless and insightful and exciting all at once. Hopefully the first of many….🙏”

The upcoming reboot series will premiere on HBO Max in December.

‘And Just Like That…’ will follow Carrie Bradshaw (Sarah Jessica Parker), Charlotte York (Kristin Davis) and Miranda Hobbes (Cynthia Nixon) as they navigate love and friendship in their 50s.

Kim Cattrall will not be reprising her role as Samantha Jones in the reboot, but a lot of other original cast members are returning.