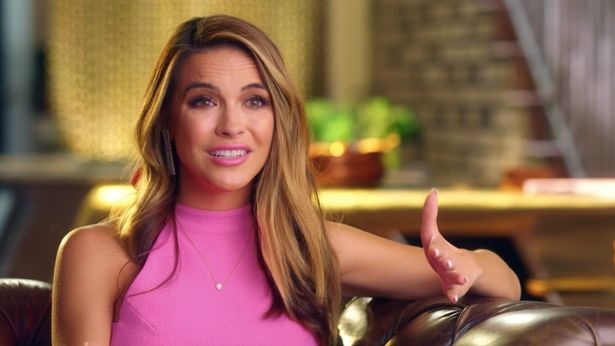 Chrishell Stause has claimed Justin Hartley texted her to tell her he had filed for divorce.

The Selling Sunset star opens up about her shocking split from the actor in a new preview for season three of the show, which airs on Netflix today.

In the clip, which was shared exclusively by Today, Chrishell confides in her co-star Mary Fitzgerald about how she found out her marriage was over.

“He texted me that we were filed. Forty-five minutes later the world knew,” she said through tears.

“Because of the crazy way in which this went down, people want answers,” she said in a confessional, adding: “And I f***ing want answers.”

“I know people are saying we were only married for two years but it’s like we were together for six years,” she shared with Mary.

“In a fight, like that’s his go-to. Like, ‘I’m out, I’m out.’ I hate that kind of impulsive stuff but I always just thought that’s an issue, we’ll work through it.”

“If that’s really what [he] wanted, there are better ways to go about it.”

“What am I supposed to say? What do you say after that? It’s like now I have to find a place to live. Now I have to scramble and figure this out, you know,” she continued, stating that was the “end of their communication”.

“When I found out, I was minutes before leaving the house for work so I immediately just grabbed a few things and got out of there as fast as I could.”

The couple tied the knot in October 2017, before Justin filed for divorce in November last year – although he listed the separation date as July.

Their shock split is set to play out on season three of Selling Sunset, which is available to watch on Netflix right now.