Francia Raisa has spoken out about the Saved By The Bell controversy.

The actress donated her kidney to her close friend Selena Gomez back in 2017, when the singer needed a transplant due to complications from her Lupus disease.

Over the weekend, fans were outraged after the reboot of Saved By The Bell made “tone deaf” jokes about Selena’s transplant, with the sitcom then issuing an apology.

Addressing the controversy on her Instagram Stories, Francia wrote: “Some of the cast and producers have reached out to me personally to apologise for this and I truly appreciate that.” 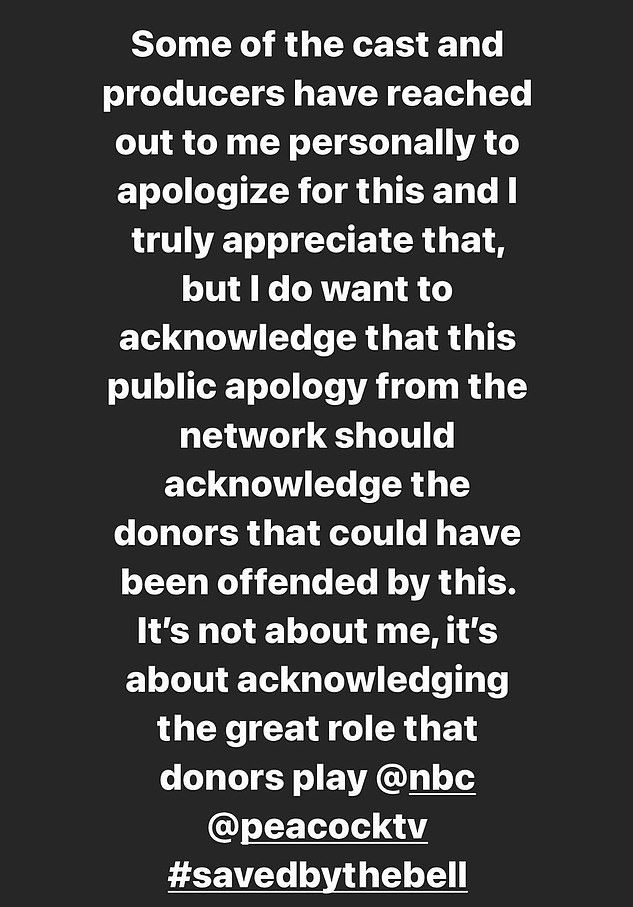 “But I do want to acknowledge that this public apology from the network should acknowledge the donors that could have been offended by this.

“It’s not about me, it’s about acknowledging the great role that donors play,” the 32-year-old added, tagging NBC and its streaming service Peacock.

On Twitter, Francia also wrote: “Appreciate the apology but let’s not forget about the donors that potentially felt offended and dismissed from the spray paint written on the wall.”

Appreciate the apology but let’s not forget about the donors that potentially felt offended and dismissed from the spray paint written on the wall https://t.co/HIwa30PKMM

In episode six of the rebooted show, entitled ‘Teen-Line’, Bayside High students argued over who the singer’s donor was, with one saying: “I know for a fact that Selena Gomez’s kidney donor was Justin Bieber’s mom.”

Another student stated: “It was Demi Lovato’s kidney. They’re best friends… like you and I were.”

In another scene, fans spotted graffiti written on a school wall that read: “Does Selena Gomez even have a kidney?”

Saved by the Bell, that's disgusting. Selena almost lost her life, jokes about her kidney transplant is NOT FUNNY. Respect Selena Gomez. pic.twitter.com/c8AZbsU1m0

Following the backlash, Peacock, UTV and executive producers issued an apology in a statement obtained by E! News.

The statement read: “We apologise. It was never our intention to make light of Selena’s health.

“We have been in touch with her team and will be making a donation to her charity, The Selena Gomez Fund for Lupus Research at USC.”