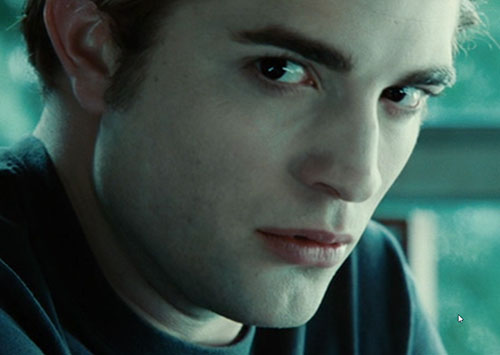 Robert Pattinson has revealed the reason why he took on the role of Edward Cullen in hit movie, Twilight.

The actor played a 107-year-old vampire, immortalised in the body of a 17-year-old high schooler.

The movie series, which was based on books of the same name was first released in 2008.

Speaking in an interview with Jennifer Lopez for Variety, Robert says he thought it would be an “indie” film.

“With Twilight, it wasn’t really an established thing. To me, Catherine Hardwicke, who directed it, had done Thirteen and Lords of Dogtown.”

“They were little movies, and they were kind of hard-core. Kristen [Stewart] was in stuff as well; she’d been in “Into the Wild” and some other things. And it was very indie,” he explained.

Robert said it’s very strange how fans responded to the movie, and branded it a “weird story.”

“I mean it’s a weird story, Twilight. It’s strange how people responded. I guess the books, they are very romantic, but at the same time, it’s not like The Notebook romantic.

“Twilight is about this guy who finds the one girl he wants to be with, and also wants to eat her. Well, not eat — drink her blood or whatever,” he said, explaining the plot.

The now 33-year-old was cast in the movie as the second choice for the role.

Author of the book series, Stephanie Meyer, wanted Henry Cavill to play the role but he was too old by the time filming commenced.