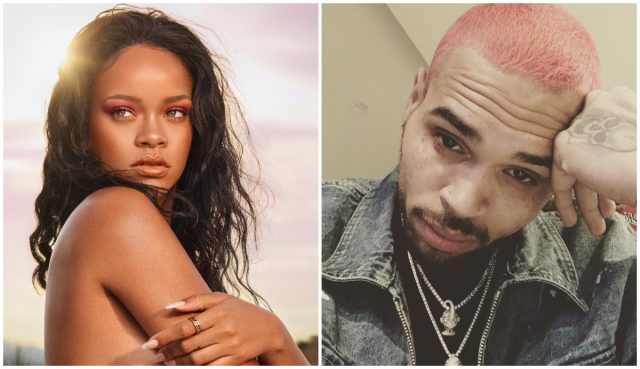 Rihanna’s fans have firmly told Chris Brown to “leave her alone”, after he was caught leaving flirty comments on her Instagram.

The singer posted a photo modelling some pieces from her Savage x Fenty lingerie collection, which caught Chris’ eye.

After seeing the photo, Chris left a series of suggestive comments under the post.

Chris wrote, “I wanna be the lamp,” referencing the lamp beside Rihanna in the photo.

In another two Instagram comments, Chris posted a smirking face emoji, and a flushed face emoji.

Fans quickly noticed Chris’ comments, and told him to leave the songstress alone. 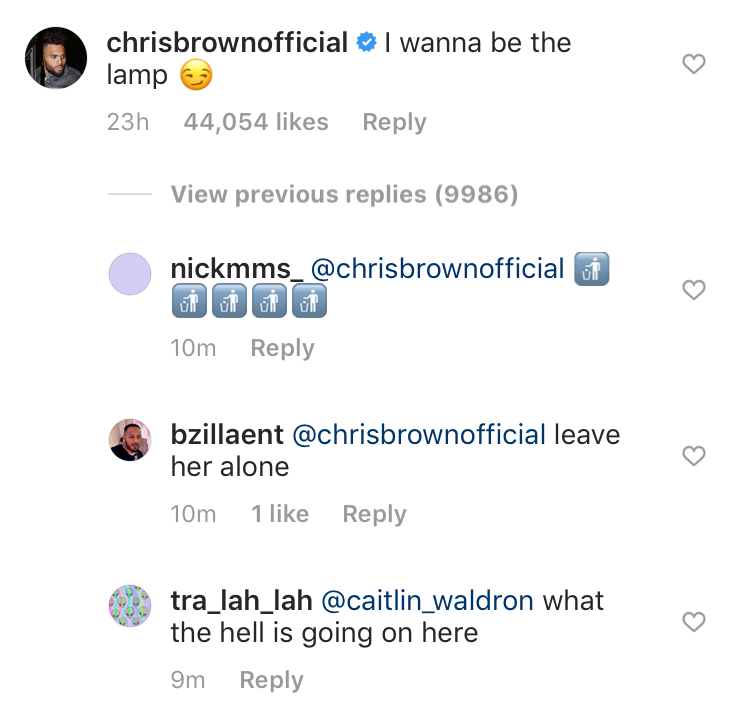 Back in 2009, Chris pleaded guilty to assaulting his then-girlfriend Rihanna, after the pair got into a nasty argument on February 8.

The singer was ordered to serve five years of probation, community service and counselling for domestic violence.

This isn’t the first time Chris has received criticism for commenting on Rihanna’s Instagram.

Back in May, fans told him to back off after he called her a “queen”, and asked her for new music.

He was also caught leaving flirty comments on her Instagram back in November, 2018.

Thankfully, Rihanna is happily dating someone else at the moment – Saudi billionaire Hassan Jameel.