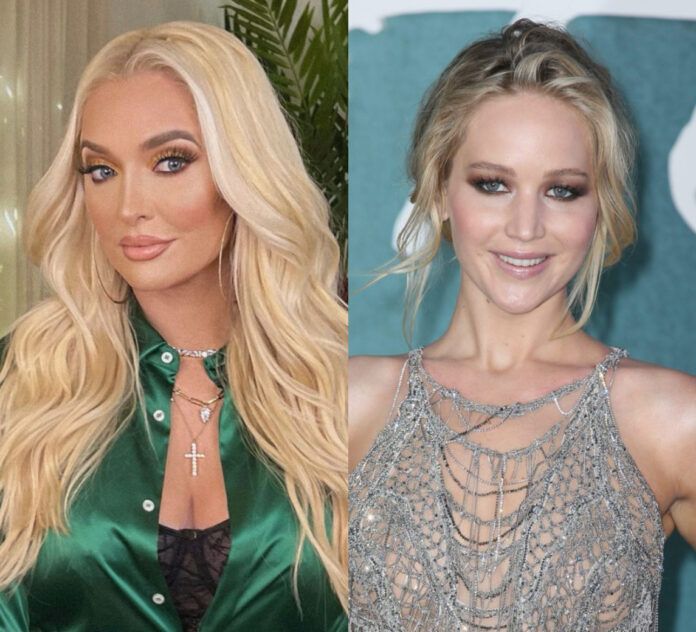 Erika Jayne has hit back at Jennifer Lawrence, after the actress recently branded her “evil”.

The Hollywood star is a huge fan of The Real Housewives of Beverly Hills, and was asked to share her thoughts on the show’s 12th season at the Toronto International Film Festival.

The 32-year-old said: “My biggest problem with this season is that it’s just been boring and I think that Erika is evil.”

The Pretty Mess singer has been at the centre of drama on RHOBH over the past two years, largely stemming from the ongoing lawsuits against her estranged husband Tom Girardi.

The Real Housewives of Beverly Hills star was asked to comment on Jennifer’s statement during her appearance on Watch What Happens Live this week with Andy Cohen.

The 51-year-old said: “Well, you know, it’s easy to label people when they are at their absolute lowest going through something in real time on television.”

“But anytime that she would like to come on down and mix it up with us, I’m sure that we could unmask the ugly parts of her personality as well.”

#RHOBH star @ErikaJayne on Jennifer Lawrence calling her evil recently: “I’m sure that we could unmask the ugly parts of her personality.” #WWHL pic.twitter.com/p0lvvs2BCp