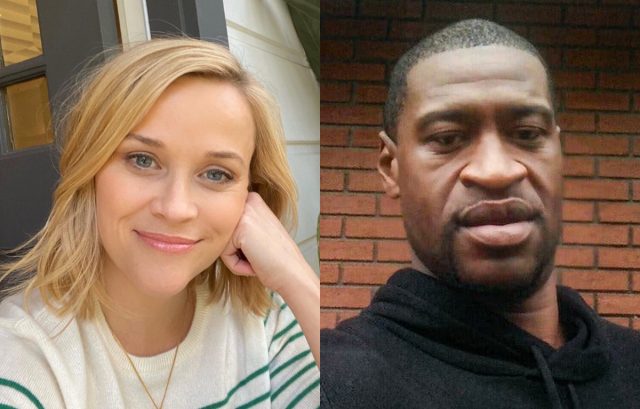 Reese Witherspoon has urged parents to talk to their children about racism, following the death of George Floyd.

The 46-year-old died on Monday in Minneapolis, after he was filmed pleading for help as a white police officer knelt on his neck in the street.

A video of the harrowing incident went viral on social media this week, and the four police officers involved in George’s arrest have since been fired.

Many celebrities have reacted to George’s tragic death on social media, including Oscar-winning actress Reese Witherspoon – who explained the incident to her seven-year-old son over dinner.

Taking to Instagram, Reese wrote: “Last night at dinner, my 7-year-old asked why all the grown ups were so upset. We spoke to him about what happened to George Floyd.”

“Being a white mother trying to explain racism and bigotry to her white son, who did not understand why anyone would treat another human being that way, was heartbreaking.”

“But not nearly as heartbreaking as being a victim of one of these senseless, violent, unconscionable crimes.”

“I grew up going to church. We were taught that we were all the same in the eyes of God. We all breathe the same air. We all bleed the same blood.”

“But that is not what I grew up seeing. It was as hard for me to reconcile the difference between what I was taught in church and what I see in the world. I don’t want that for my kids. Or for yours.”

“We have to be held accountable for what is happening in this country. What happened to George Floyd and Breonna Taylor and Ahmaud Arbery – and countless others – can not go without justice,” Reese wrote.

“Please talk to your children about racism, privilege, bigotry and hate. If you aren’t talking to them, someone else is.”