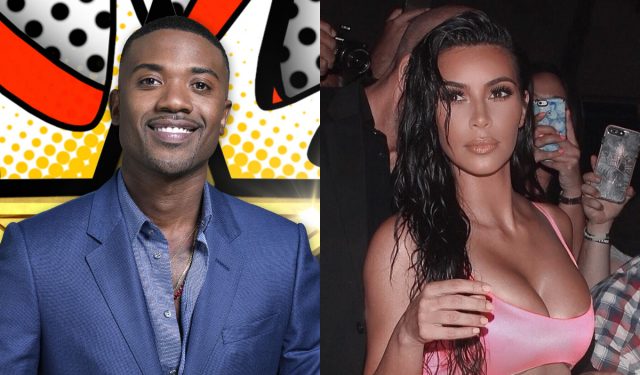 Kim Kardashian’s ex Ray J can’t seem to stop talking about her in the press, despite the fact that they broke up well over ten years ago.

In 2007, the couple’s sex tape was famously ‘leaked’ and sold to Vivid Entertainment, and Ray J later went on to release a song about Kim called ‘I Hit It First’ in 2013.

It’s now 2018, and it seems Ray J has come to terms with the fact that he’ll only ever hit headlines when he has Kim’s name in his mouth.

During a ‘boozy night out’ in London, the 37-year-old once again ‘exposed’ the reality star’s intimate secrets, according to The Sun.

He said: “Kim and I had fun times – marathon sessions. But she didn’t like getting sweaty and would stop to do her make-up if she did.”

“She liked to look dope during sex, the right lighting, setting the mood. She was wild – there was a red Louis Vuitton trunk of sex toys.

“She would order out for pizza, the only thing not working up a sweat was the Cristal [champagne] cooled to 22 degrees… her mom would call and she would nearly always take it.”

Ray J also claimed that Kim spent around $100,000 on “floss”, the American term for thongs.

We doubt Ray J will ever stop talking about his time with one of the world’s most famous women, but we’re sure he’s the last person on Kim’s mind anyway, because she’s too busy running her empire.

As of this year, Kim Kardashian West is worth an estimated $350 million, which is a cool 58 times richer than Ray J – who’s net worth is reportedly around $6 mill.

You may have ‘hit it first’ Ray J, but it looks like Kim is the real winner here…

Listen to the first episode of The Gosscast, with special guest James Kavanagh, below:

You can download and listen to The Gosscast on the following platforms: