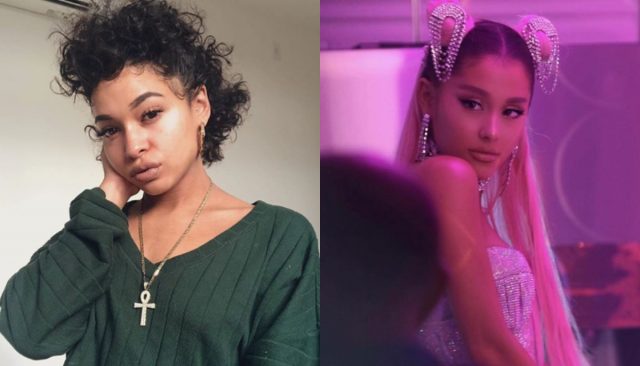 Princess Nokia has accused Ariana Grande of copying her music in her new song ‘7 Rings.’

The rapper suggested that Ari’s new hit sounds like her song ‘Mine’ from her 1992 mixtape.

The 26-year-old shared a video of her listening to ‘7 Rings’ – and pointed out the similarities.

The rapper then played her song and said: “Ain’t that the lil song I made about brown women and their hair? Hmm, sounds about white.”

In the video, Princess Nokia did not mention Ariana – but tagged her Instagram username in the caption.

Her new track ‘7 rings’ was released just after midnight on Friday – and fans have already been praising her new anthem.

The R&B track was heavily inspired by ‘My Favorite Things’ from ‘The Sound of Music.’

Ariana has not yet responded to the claims on social media.