Pregnant Emily Ratajkowski responds to claims she got lip fillers

Emily Ratajkowski has responded to claims she got lip fillers during her pregnancy.

The 29-year-old announced her first pregnancy with husband Sebastian Bear-McClard back in October, showing off her baby bump in a stunning virtual cover for Vogue magazine.

Taking to her Instagram Stories, the model reminded her followers that women’s bodies change during pregnancy, and that her fuller lips were an example of this.

She wrote: “For anyone saying ‘you need to stop w/ the lip injections’: I’ve never had lip injections (no judging folks who do—ya’ll look great!) but you can’t even get injections when you’re pregnant!”

“A woman’s blood volume increases 50% which is why ladies can get a little puffy in the face and lips during pregnancy,” Emily explained.

The mum-to-be went on to address comments that she’s been “pregnant forever”, writing: “LOL yes pregnancy lasts for 40 weeks which can definitely feel like a long time, but I announced halfway into my pregnancy and it’s only been 3 months since then!

“Actually it’s weirdly gone by very quickly to me,” she admitted. 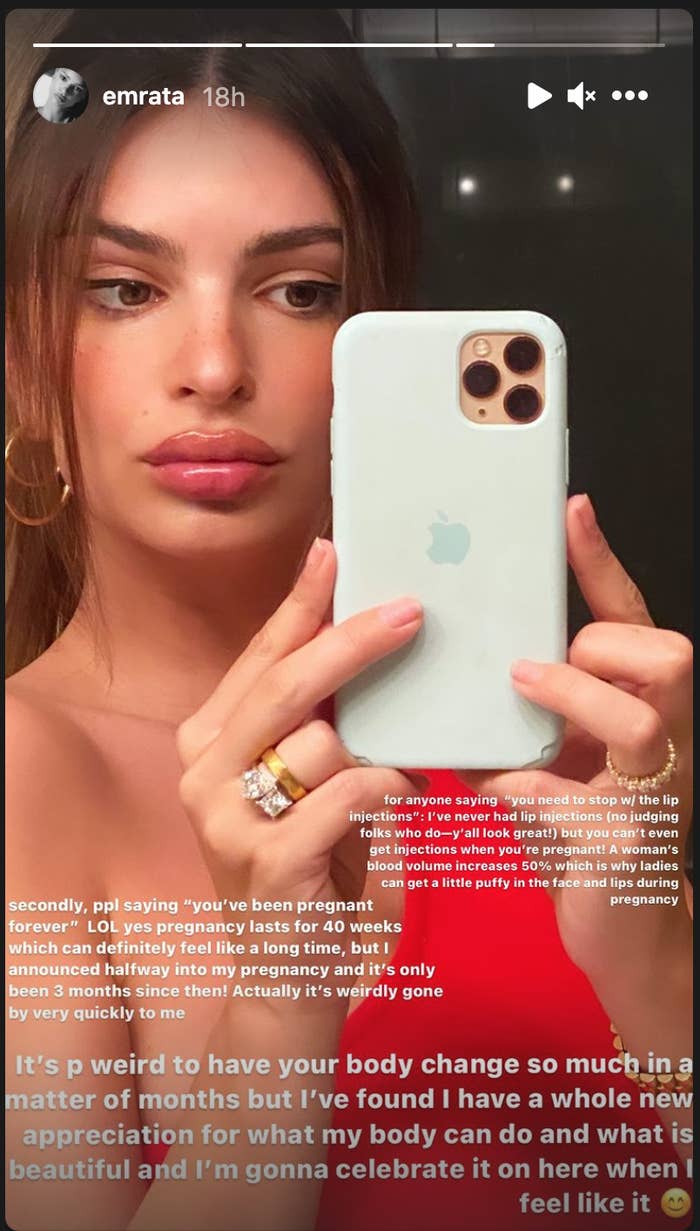 “It’s weird to have your body change so much in a matter of months but I’ve found I have a whole new appreciation for what my body can do and what is beautiful.

“I’m gonna celebrate it on here when I feel like it 😊,” she added.