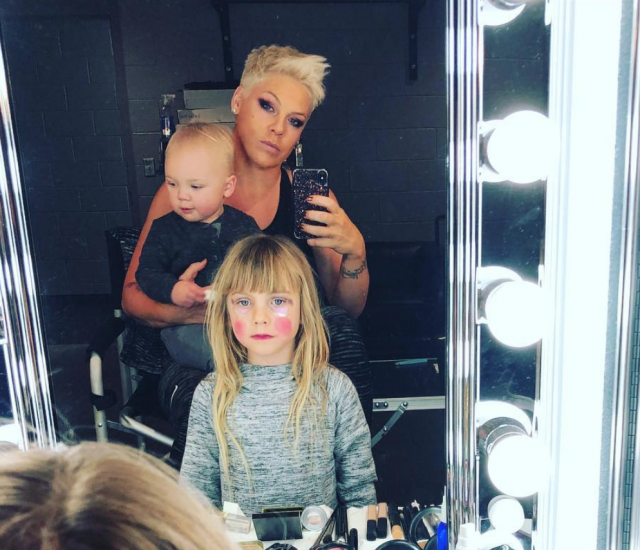 Pink has been named the World’s Most Beautiful Woman by People Magazine.

The singer graced the front cover of the magazine with her daughter Willow and son Jameson, who she shares with husband Carey Hart.

Pink also stopped by Ellen, where she told the talkshow host, “I feel more beautiful now and I have decided that for the whole week that the magazine is out, no one is allowed to look me directly in the eyes.”

“I laughed out loud, I immediately turned to whoever was in the room, and said, Did you ever think this was as good as it gets?,” Pink said when she found out the news.

Speaking about being a mum, Pink revealed that she likes to create a gender neutral environment in her home for her kids.

The singer said, “I feel like gender neutral is in itself a label and I’m label-less.”

The mother of two admitted, “It’s all OK to me, It’s whatever floats your boat. So that’s the kind of house that we live in.”