PICS: Stormi is CUTE snoozing as Kylie and Travis bring her for a stroll

Kylie Jenner shared sweet snaps of Stormi snoozing a she was brought for a stroll with her mum and dad.

Travis and Kylie took their bundle of joy for a stroll and she fell asleep as they sauntered.

The healthy two-month-old baba has the cuteest pudgy cheeks. 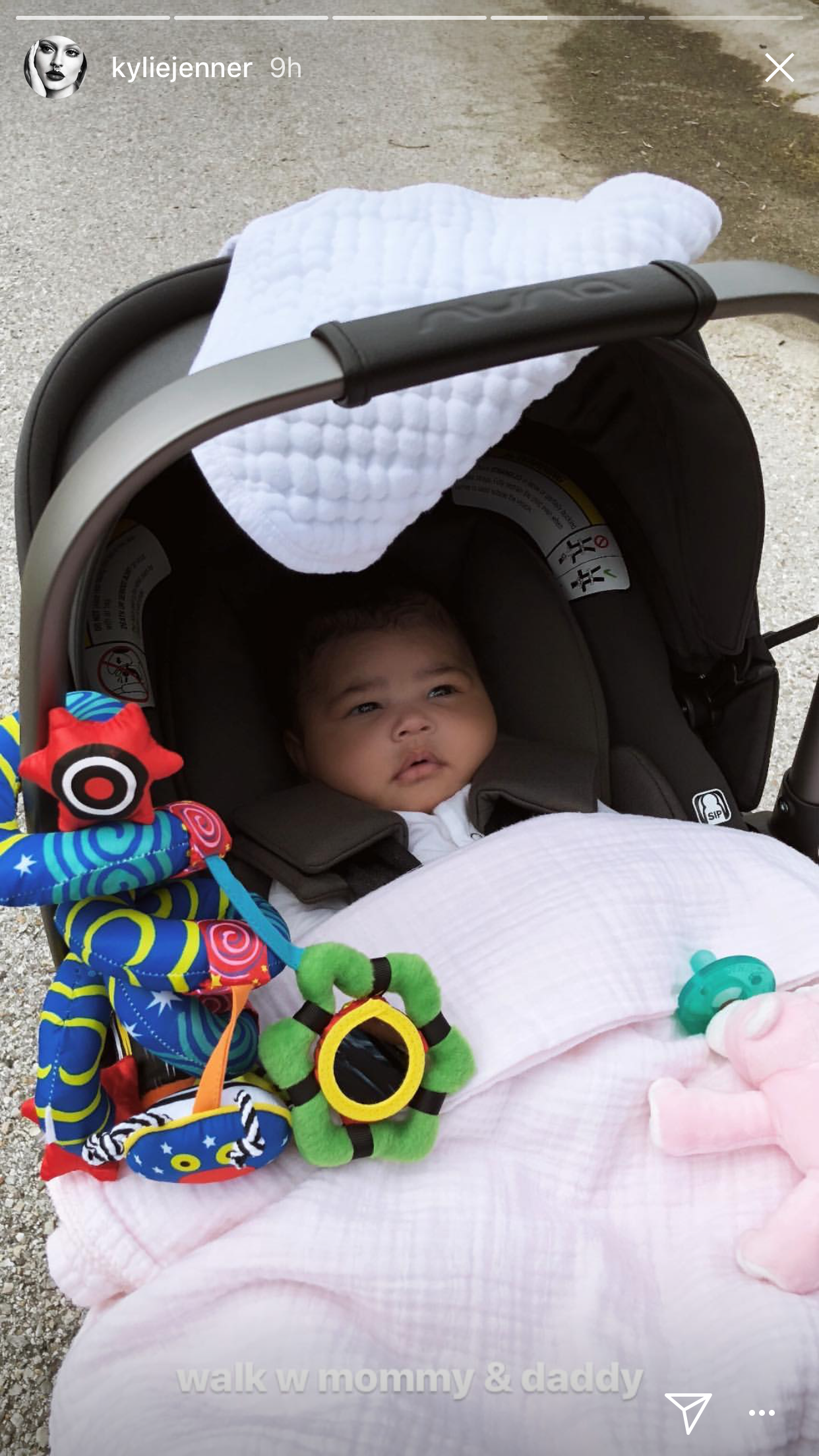 The photos come a day after news broke that Kylie and Kendall had settled their lawsuit in relatino to t-shirts with Tupac Shakur and NOtroious B.I.G’s faces on them.

Perhaps the twenty-year-old was walking to wind down after the legal settlement.

Earlier this week she revealed that she took a paternity test to silence rumours that Travis was not Stormi’s dad, the results proved he was so he has reason to relax now too. 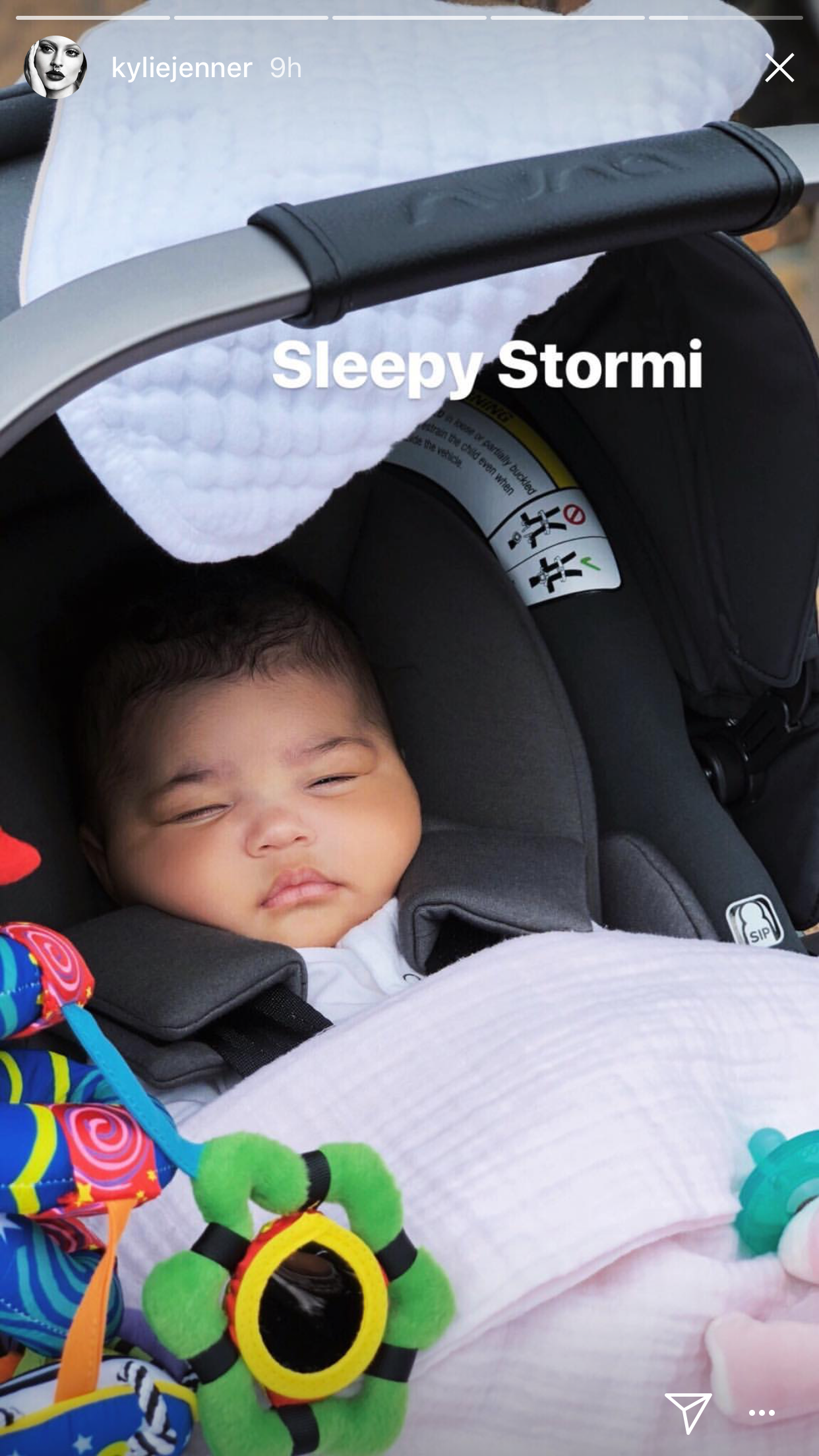 Stormi summed up our mood at the end of the week, falling asleep at any given moment.