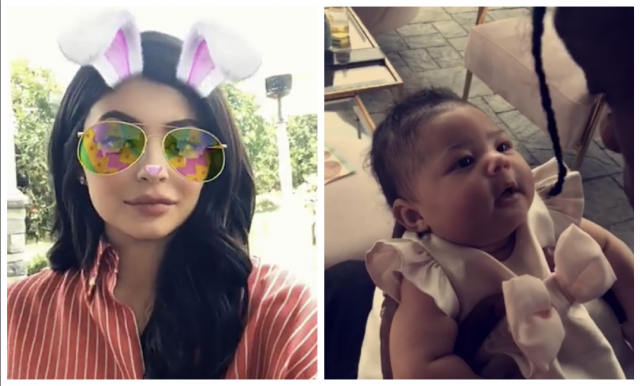 Celebrating their first Easter with their daughter Stormi, Kylie and her beau Travis Scott invited friends and family to Kylie’s house for an Easter-themed bash.

Kylie shared plenty of snaps from the party on Snapchat, including some adorable videos of Travis doting on their baby girl, who was born on February 1st.

The 20-year-old had Stormi dressed in gorgeous pale pink, while Travis leaned in to give his baby girl a kiss on the head. 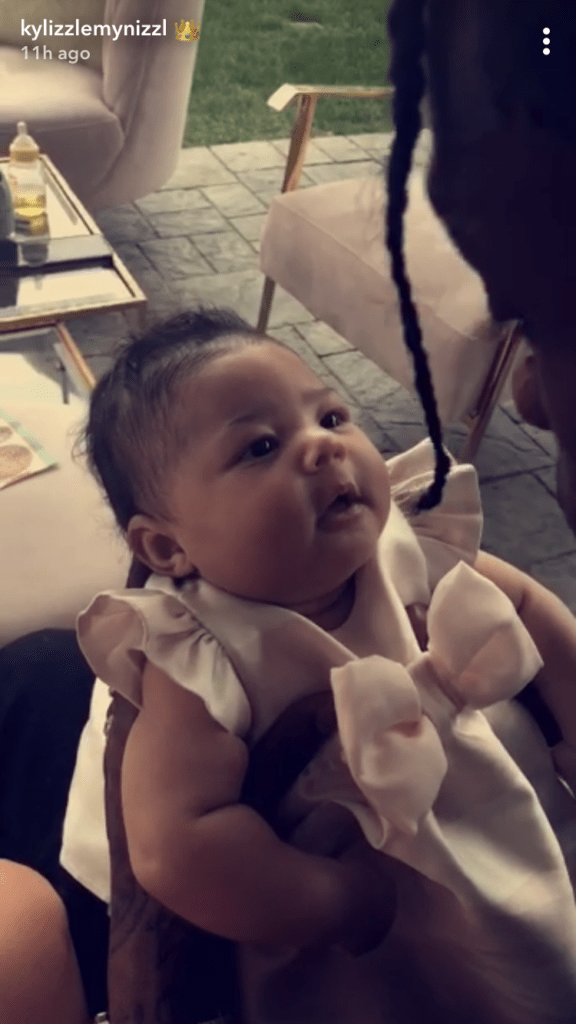 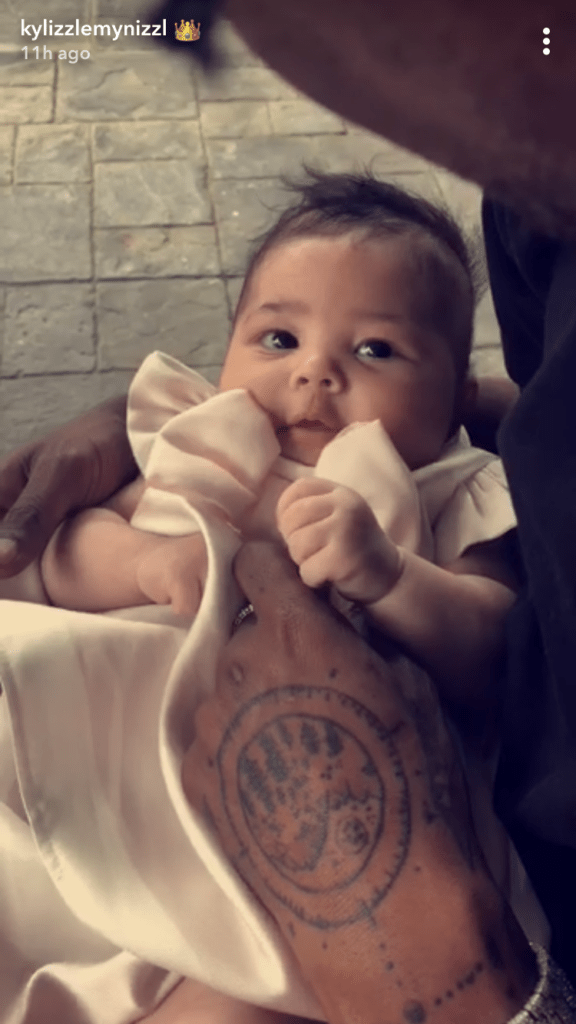 Kylie also snapped a photo of Travis posing with a huge floral arrangement in the shape of a pink bunny, which was sent by artistic director Jeff Leatham.

Getting into the holiday spirit, Kylie used a cute bunny filter on Snapchat, and posed for selfies with her BFF Jordyn Woods, her mum Kris Jenner, and some other party guests. 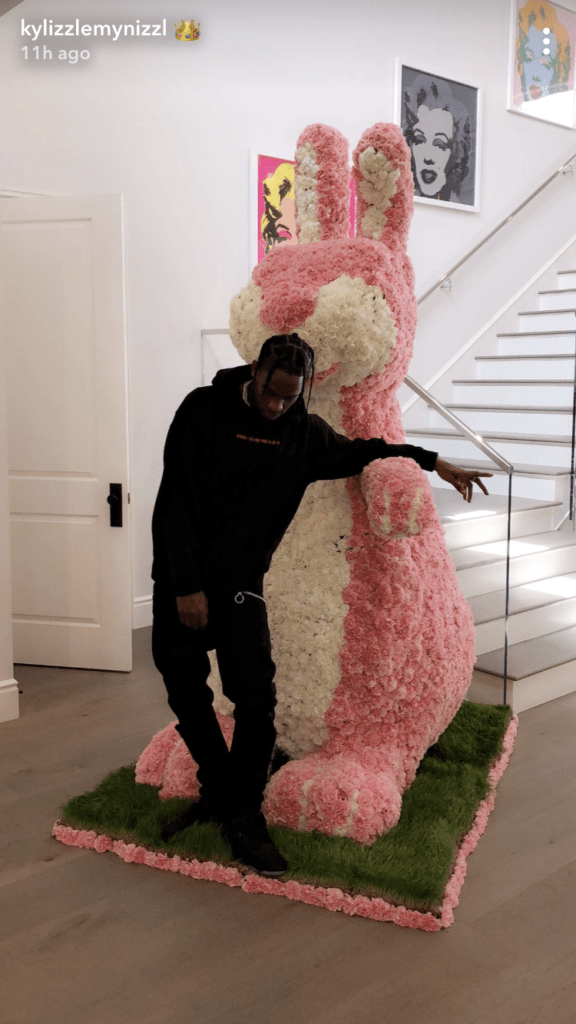 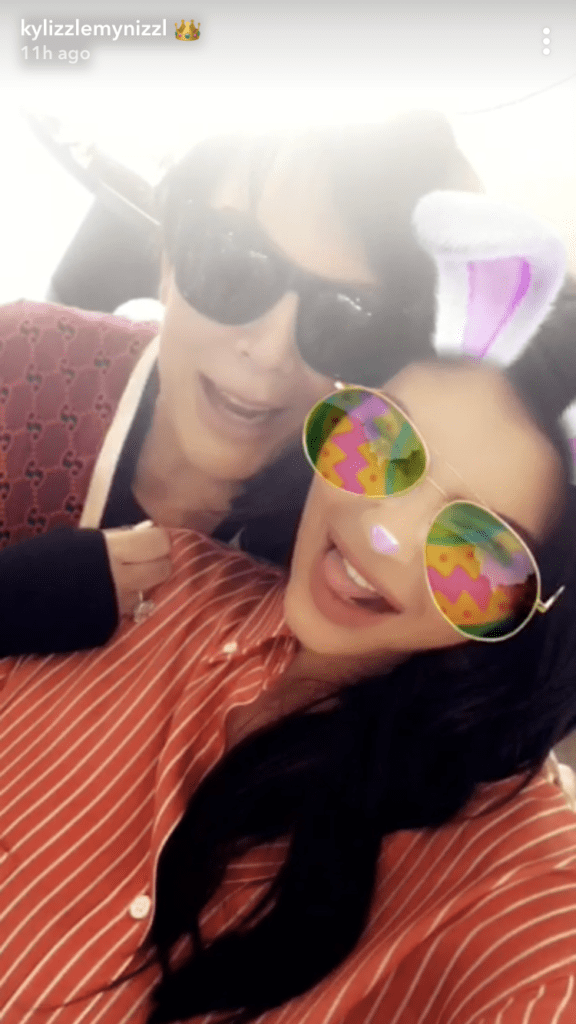 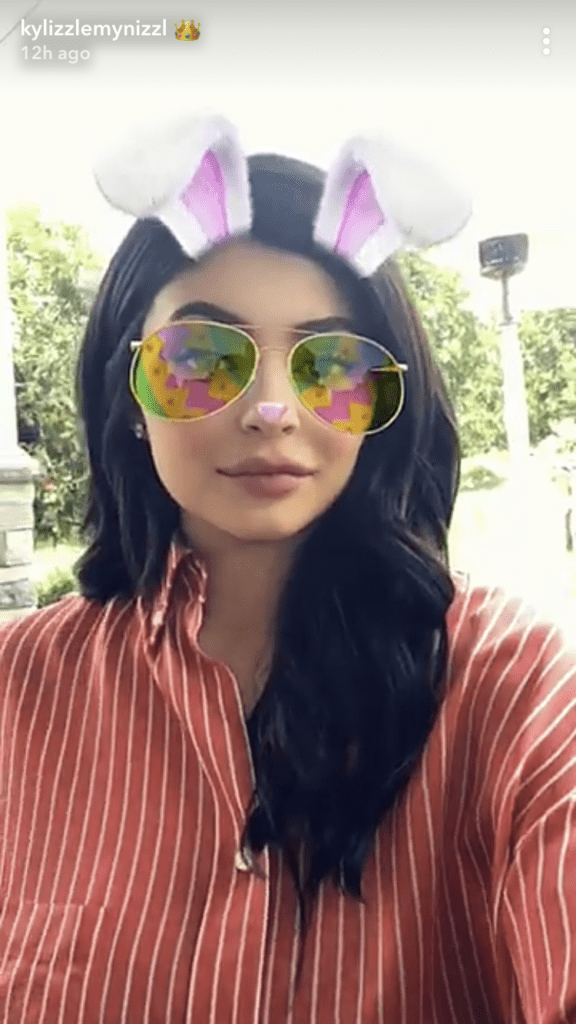 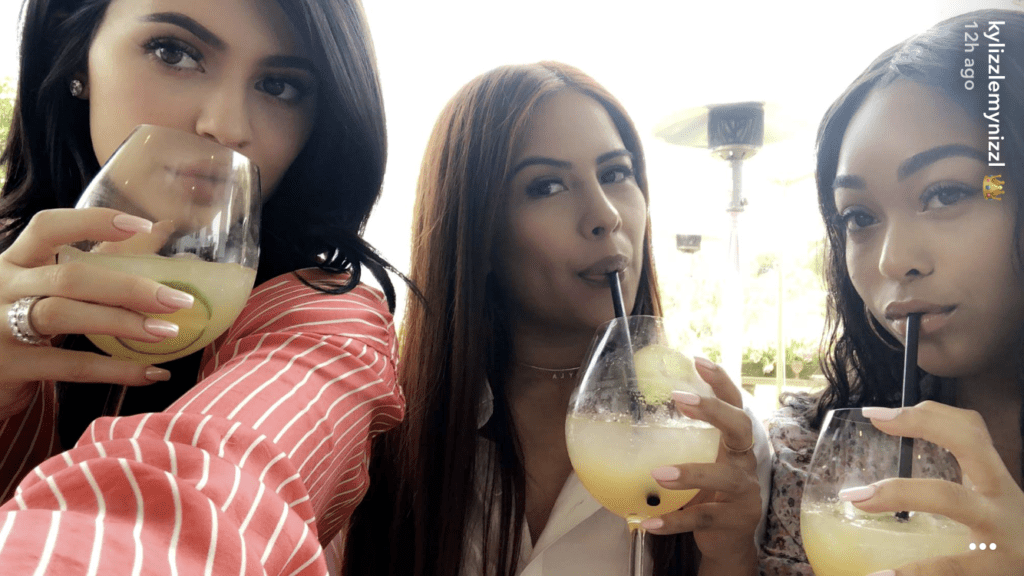 The KUWTK star also showed off the extravaggant Easter gifts for all the kids.

Kylie shared snaps of the kid’s Easter baskets, which included toys, teddies, and plenty of treats.

On the day, Stormi was joined by her cousins North, Saint, and Chicago West, as well as Mason, Penelope and Reign Disick. 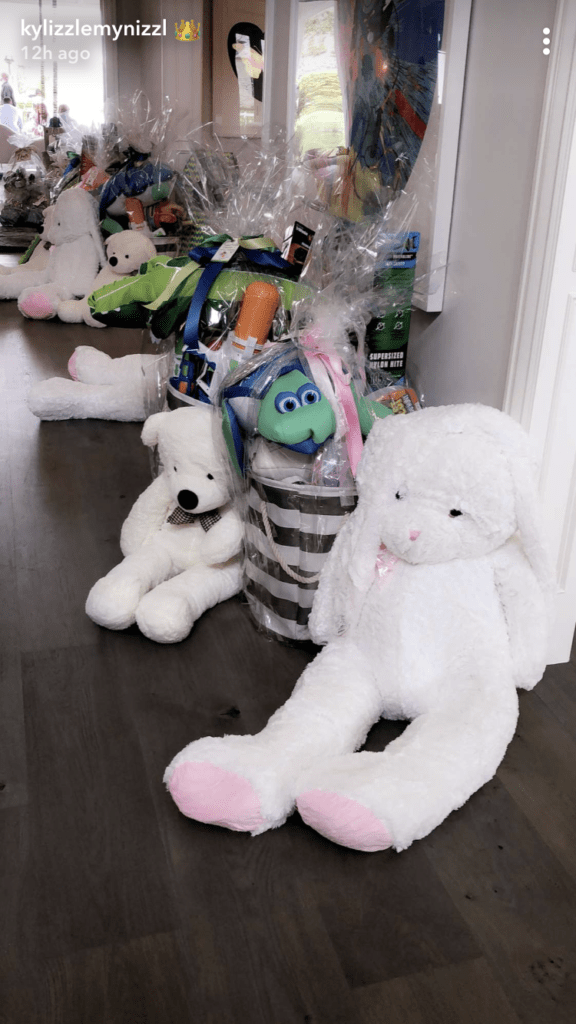 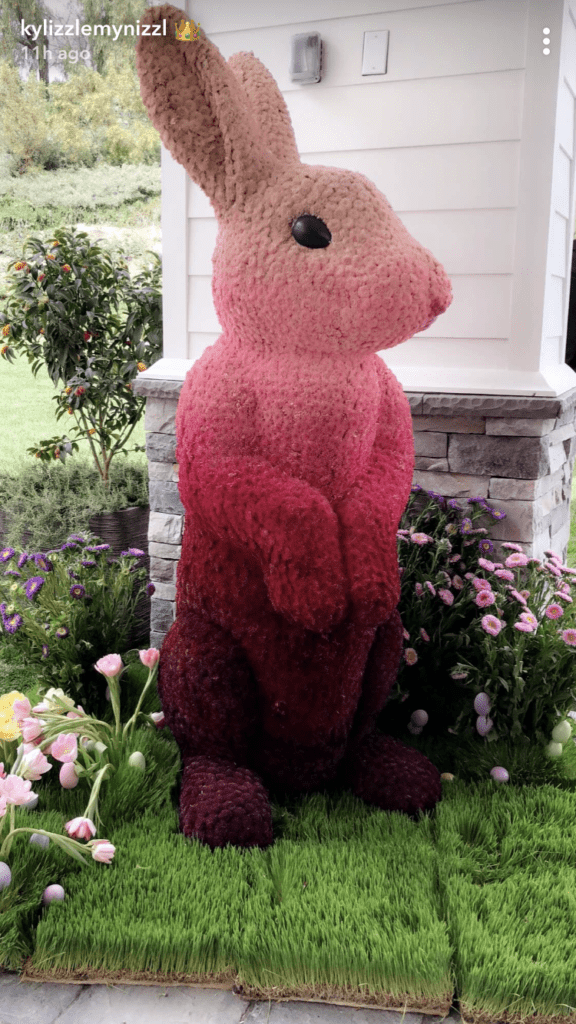 Aside for the over-the-top gifts, the kids were also amused by a live petting zoo which was set up in Kylie’s back garden, which included bunnies, ducklings and sheep.

The family also embarked on their annual Easter Egg hunt, and Kylie revealed that Stormi’s eldest cousin Mason snapped up all the ‘golden eggs’ – which were filled with dollar bills. 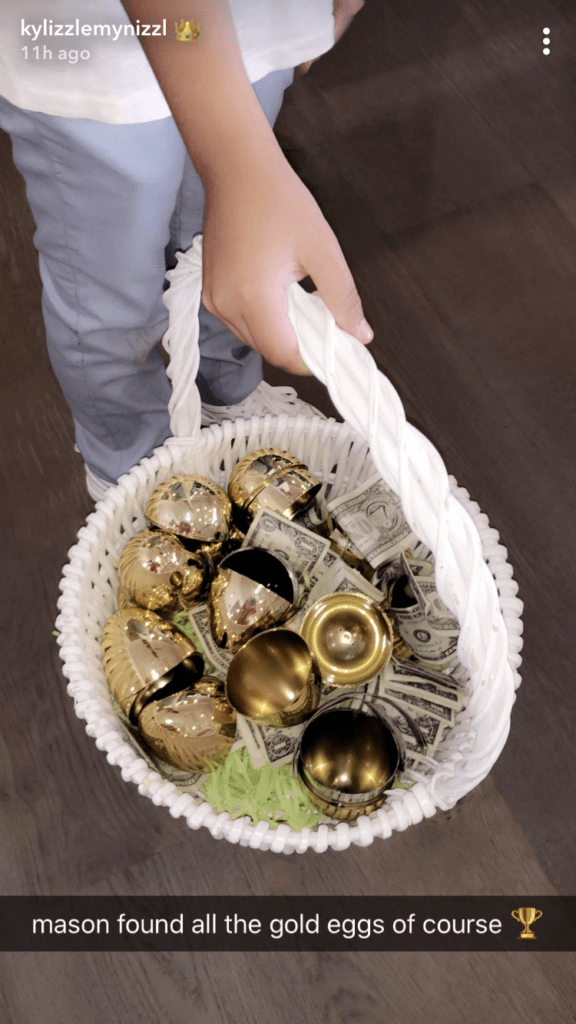 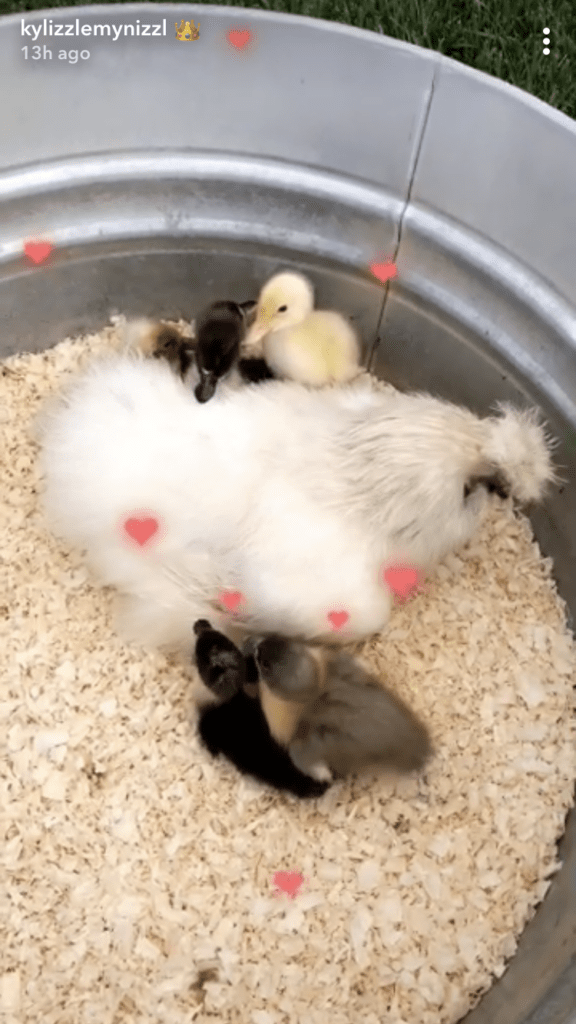 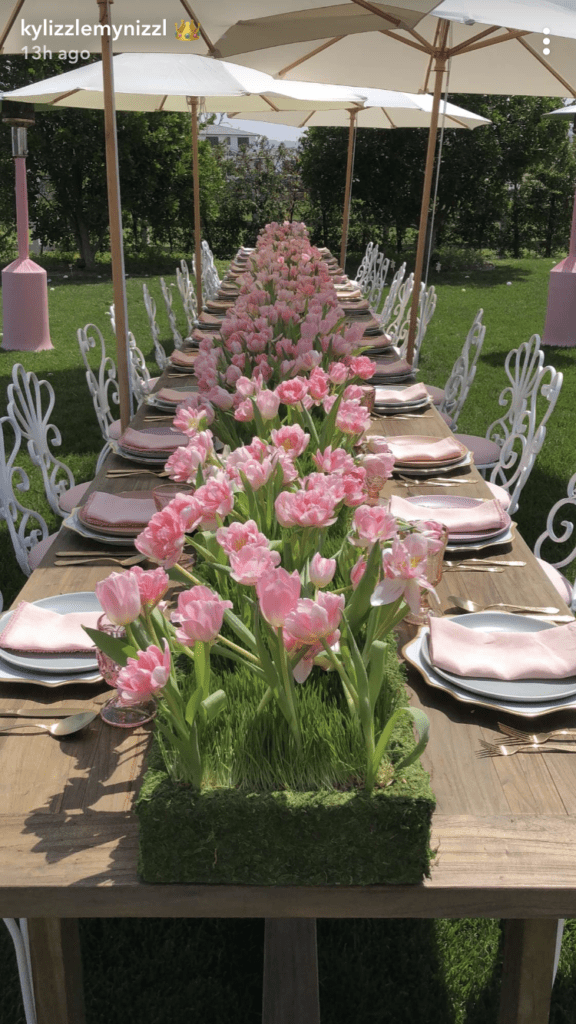 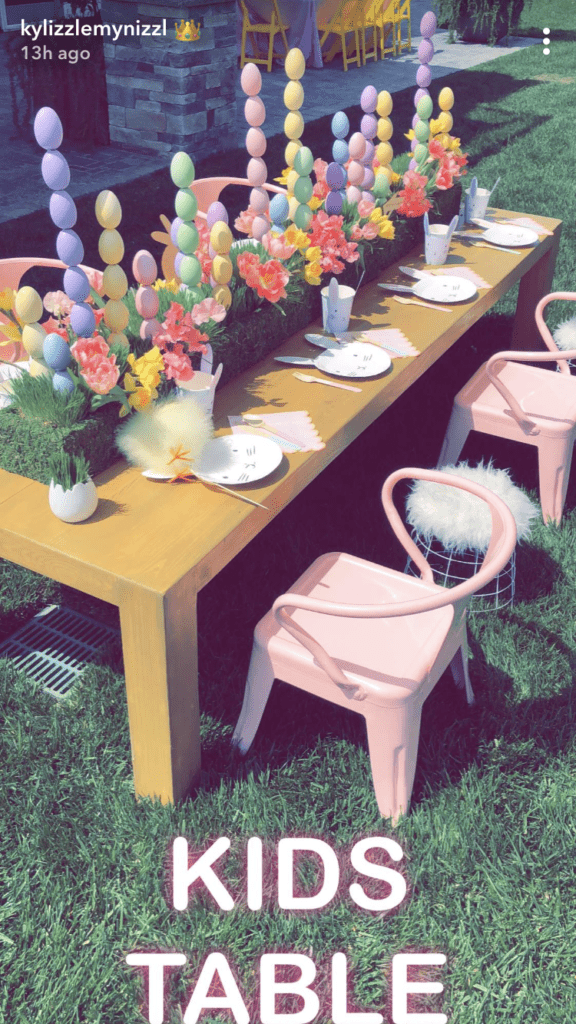 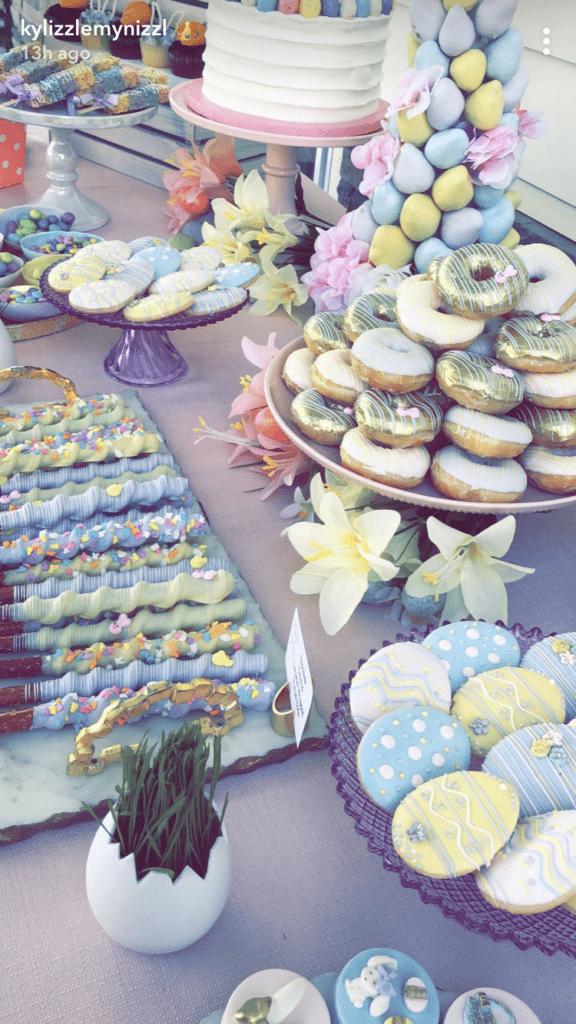 Later that day, the entire family were seen making their way to a church service in a number of SUVs.

Noticeably absent from the party was Khloe Kardashian, who is preparing to give birth any day now in Cleveland – where her baby daddy Tristan Thompson lives.