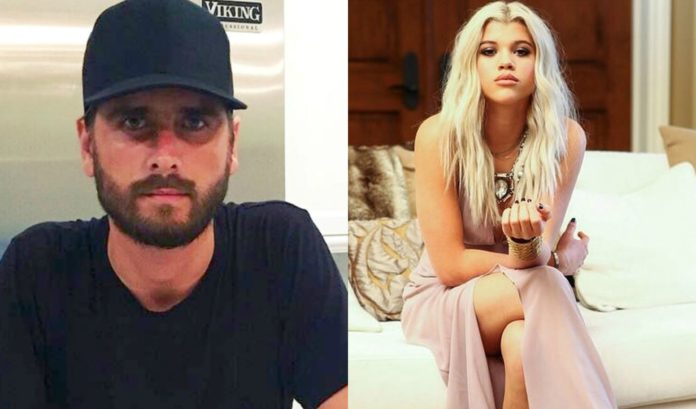 Scott Disick and Sofia Richie have been spotted kissing by the pool in Miami.

The 34-year-old and 19-year-old have finally confirmed their relationship.

In pictures obtained by Dailymail.com the duo are seen sharing a sneaky kiss by a hotel pool in Miami as they enjoy some one-on-one time together.

Scott and Sofia appeared to look around briefly to check who was watching before the teenager leaned down to give the reality star a kiss.

Their blossoming romance has reportedly caused a rift between Sofia and BFF Chloe Bartoli – who has also dated the KUWTK star.

The duo “were like sisters” until Disick turned his attention to Richie, according to a report by UsWeekly.

“After Sofia started hooking up with Scott, Chloe stopped speaking to her. It’s a mess,” a source told Us.