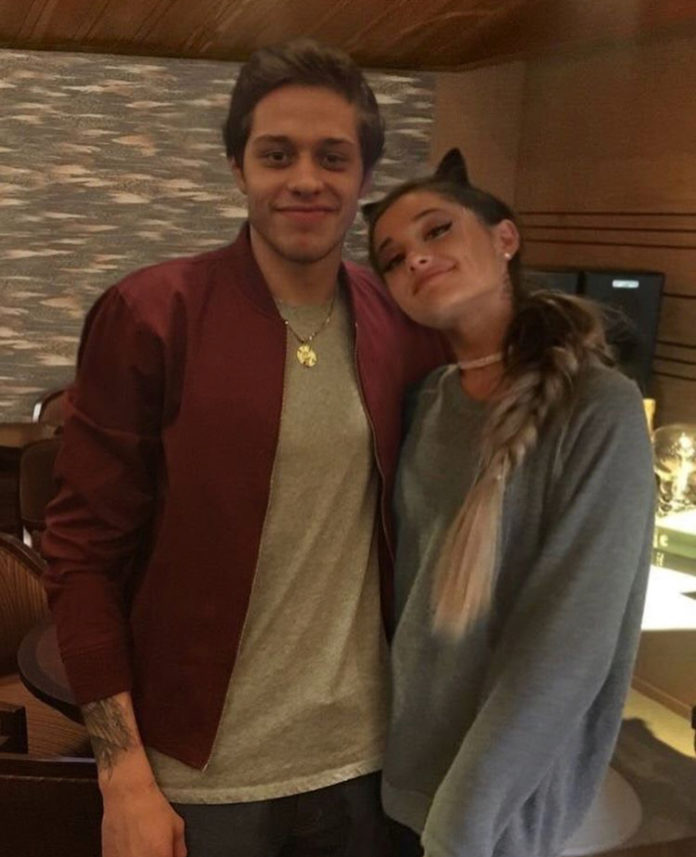 Pete Davidson was on a break from Cazzie David when he started dating Ariana Grande.

The ‘No Tears Left To Cry’ singer has had a whirlwind romance with the SNL comedian. She only announced the end of her relationship with Mac Miller, which she has since revealed to be toxic, in May and is now reportedly engaged to Pete. He bought the ring as soon as they began dating and comments incessantly on her Instagram posts.

A source close to the new couple explained to TMZ that Pete and Cazzie weren’t broken up for good when his relationship with Ariana blossomed but that his ex isn’t upset about him moving on. She’s been enjoying African safaris with friends and steering clear of all the drama.

u know what you’d dream it be like ? it’s better than that

They seem smitten for now with Pete posting a photo intertwined with Ariana on Instagram and captioning it, “u know what you’d dream it be like? it’s better than that.”