Patrick J Adams has been slammed for “shaming” a woman who criticised pictures of him at the Royal Wedding.

The Suits actor, who played Meghan Markle’s love interest in the series, attended the star-studded royal nuptials over the weekend with his actress wife Troian Bellisario.

The pair have since jetted back to the US, but got into an awkward situation at London’s Heathrow airport before they took off.

While they were waiting to board their flight, a fellow passenger criticised pictures of them at the Royal Wedding in a newspaper.

Patrick decided to get even by posting a picture of the woman sleeping on Instagram – and the actor’s revenge sparked a mixed reaction.

Detailing the incident, Patrick wrote, “She reads her paper. See’s picture of me and Troian from wedding. ‘My God. What a terrible photo of you.’” 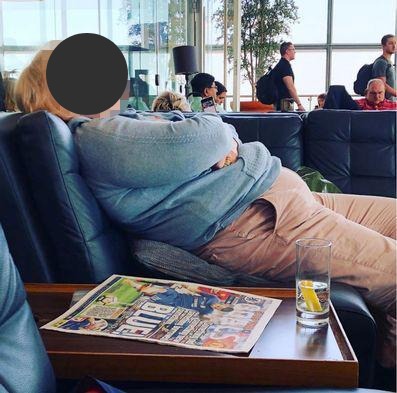 “I look over. ‘Really. I kind of like that photo. What do you think is wrong with it?’ She pauses. ‘Well, you’re just so….chunky.’ She laughs and falls asleep. And …. scene.”

While many thought Patrick getting revenge was “gold”, some were quick to slam the actor for being “mean”.

One person commented, “I expect better from you. She’s rude and what she did was uncalled for but sometimes you don’t have to get even.”