Patrick Dempsey has opened up about the “incredible” response to his Grey’s Anatomy return.

The medical drama returned to ABC in the US last week, and fans were stunned by the return of Derek ‘McDreamy’ Shepherd – played by the actor.

At the end of the season premiere, Meredith Gray (played by Ellen Pompeo) collapsed in the hospital’s car park, as her and her colleagues struggled to deal with an outbreak of Covid-19.

Meredith’s husband Derek, who tragically died on the show back in 2015, then appeared in a dream-like sequence on a beach.

Speaking to Ellen DeGeneres on her popular talk show, Patrick opened up about the fan’s reaction to the moving scene.

“The impact, the response, has been incredibly overwhelming and very moving,” he shared, “It was nice to be able to have it work out this way.”

Speaking of those who lost their lives during the pandemic, he added: “There’s so many souls that we have lost right now. The thought of having angels around us is very comforting, certainly to me.”

Patrick revealed he and Ellen came up with the idea as a way to promote the wearing of face masks during the pandemic.

“We hadn’t spoken in quite some time, so we were playing catchup and she goes, ‘What do you think about coming back on to the show? Here’s our idea of what we want to do for season 17,'” he recalled.

“I was like, ‘What a great opportunity for people. How great it would be for the fans, really, to see everybody reunited in this sort of bizarre way.'”

The stars managed to keep the special appearance secret from their castmates, with Patrick explaining: “No one knew until I showed up on set that day.

“We were really concerned that somebody would take a picture and it would get out somehow, but we managed to keep it a secret, which was pretty phenomenal.”

The actor also teased another return of ‘McDreamy’ in “throughout the season”, as he “comes back to visit” Meredith. 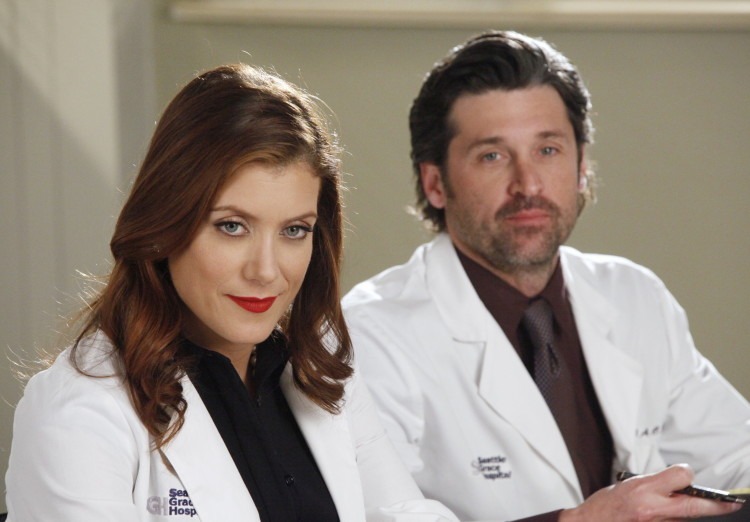